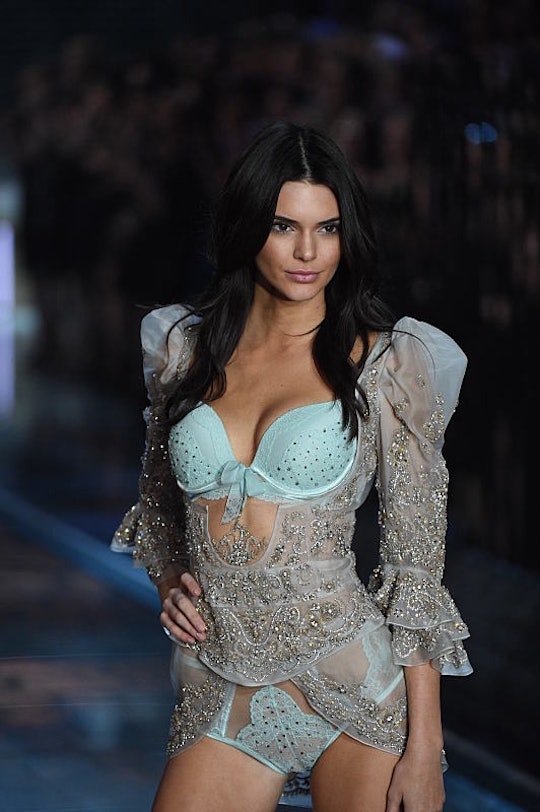 They’re two of the biggest modelling It Girls these days, so it’s no surprise that all eyes were on Kendall Jenner and Gigi Hadid at the Victoria’s Secret Fashion Show in New York City Tuesday night as they made their Angel debut. Walking alongside veteran Angels Adriana Lima, Alessandra Ambrosio, Candice Swanepoel, Behati Prinsloo, and Lily Aldridge (who also landed the honor of wearing the coveted $2 million fantasy bra), as well as fellow newcomers Rachel Hilbert, Elsa Hosk, and Sara Sampaio, Jenner and Hadid brought their lingerie-wearing A-game to the runway, looking like total pros. It's almost enough to forget that some of our favorite models were notably absent (SOBBBB KARLIE KLOSS!).

The night was emotional for the famous bffs — landing a spot in the VS fashion show is basically every model’s dream, after all — and Hadid took to Instagram after the show to share a personal photo, describing it as “genuinely a dream come true.” And, as always, the fashion show was full of gorgeous looks, freak-of-nature-beautiful models, as well as buzz-worthy musical performances — this year from Selena Gomez, The Weeknd, and Ellie Goulding.

The show might not be airing on TV until Dec. 8, but until then, here's a peek at the show’s best looks to tide you over.

Jenner proved once and for all that she's more than a reality TV star.

She pretty much owned the runway in this butterfly-inspired getup.

Prinsloo rocked a 70s vibe. (does she not seem like she'd be a total blast to hang out with? She's totally competing with Karlie for my ultimate VS girl crush.)

Now that is some serious angel wing action.

I pretty much cannot wait to see this year's show on TV.

The Victoria's Secret Fashion Show will air December 8 at 10 p.m. on CBS.