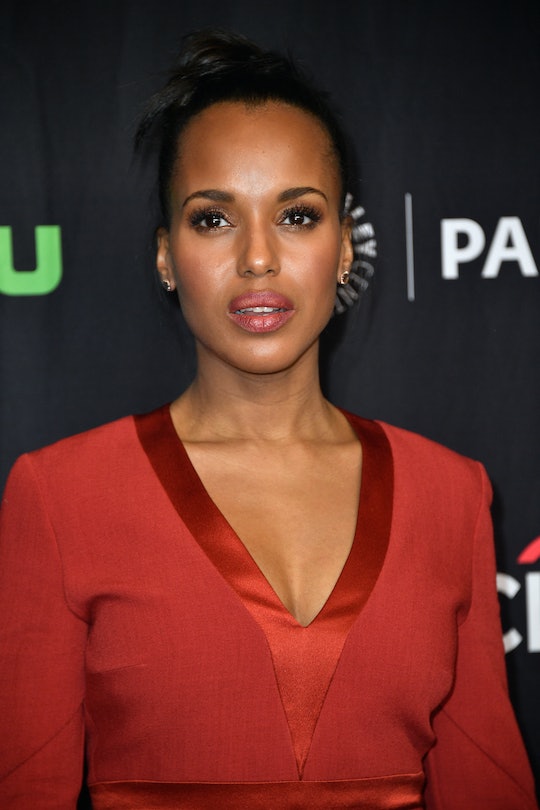 "Handling it," is just the beginning of the way Scandal star and all around goddess Kerry Washington takes on life. Not only is the actress incredibly successful in her professional life, Washington is also a wife, mother of two, and feminist spokesperson who has no time for anyone's misogynistic comments or actions. And like her endorsement of Hillary Clinton during the 2016 presidential election, Washington hasn't shied away from sharing her opinions. As a mom to young girl, Kerry Washington's feminist parenting quotes are especially poignant, powerful, and passionate.

Washington gave birth to daughter Isabelle Amarachi in April 2014, and more recently had her son, Caleb Kelechi Asomugha, in October 2016. She and husband Nnamdi Asomugha have made it a priority to raise their children with an emphasis on equality, kindness, and love. And despite the current political climate, it's clear that Washington is not only setting a positive example for her kids, but is also living her wisdom. Whether she's leading feminist rally cries at the Women's March in Los Angeles, wearing red to support the national Day Without Women, or just sharing sweet anecdotes about her kids, Washington is clearly crushing the mom game.

Here are some of her best feminist quotes on parenthood, to get you inspired and fired up: