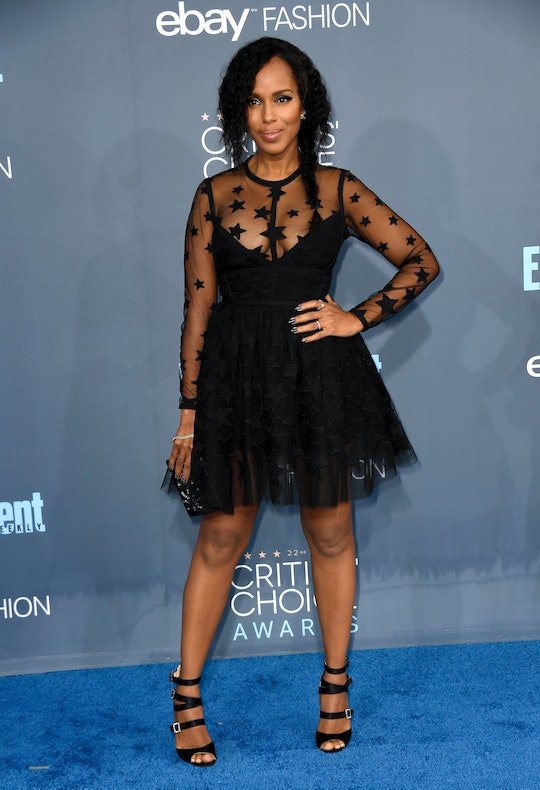 The HBO TV movie told the story of Hill, who testified against Judge Clarence Thomas' nomination to the United States' Supreme Court after she accused him of sexually harassed her when they worked together. Although Thomas ultimately did get the nomination, Hill's story is one that many people don't know about and Washington felt compelled to be a part of telling her story. Not only did Washington play Hill, but she was also one of the executive producers to the project, which is why she was so incredibly proud that Confirmation was getting the recognition it deserves.

"We must champion brave voices in times of adversity," Washington said in her tweet. "Thank you @goldenglobes for acknowledging #Confirmation in this way!" Fans were supportive and also ecstatic about the nominations as well, wishing Washington congratulations and commending her for her amazing work in the movie.

This year's Golden Globes nominations may be the most diverse it's ever been. In almost every category, a person of color or a show/film that portrayed a diverse story was nominated. The critically acclaimed film Moonlight, which follows the story of a black man who grapples with his own sexuality and dysfunctional home life, received six nominations. Loving, which tells the true story of an interracial couple who were jailed for their marriage, and Hidden Figures, which tells the untold true story of three African-America women who worked at NASA, also walked away with nominations.

This years nominations applauded and commended the diversity that is now being seen in film and TV and may have opened the door for more diverse writing and casting to be done in the future.