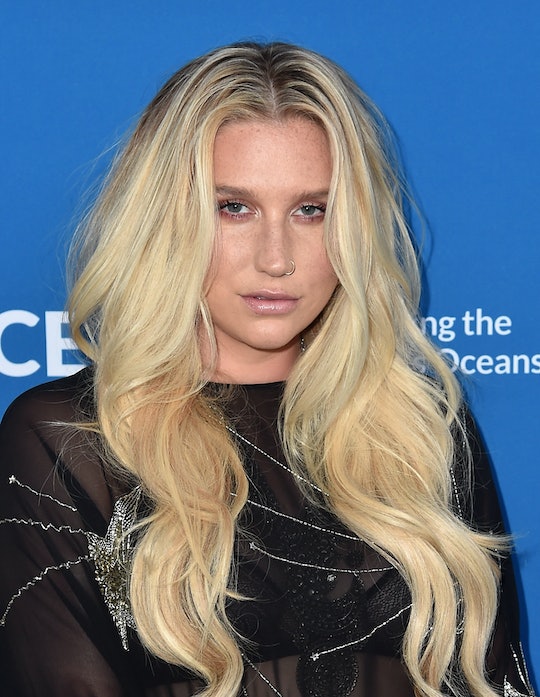 Kesha Wants "Freedom" On Her Own Terms, & So Did I

Every time I read a headline about a woman or young girl coming forward to share her sexual abuse, I feel incredibly proud. As a victim of rape, I send my solidarity to the women who stand up against the people who've harmed them. Talking about your rape is not easy. Being open about rape, especially in a country that does little to silence rape culture, isn't easy. I was raped. And for years, I didn't talk about it. It was too hard. And this when I heard the latest Kesha news, I was reminded once again of just how impossibly difficult it is for victims to seek justice against their abusers. In a post she shared on her personal Instagram page, Kesha claimed she was offered "freedom" if she apologized for accusing her producer, Dr. Luke, of raping her.

“Kesha’s allegations against Dr. Luke are false, concocted to smear him publicly so that Kesha can get out of standard industry contracts that she entered into after she claims the alleged incident occurred. We have publicly insisted all along that Kesha should admit her lies and tell the truth. Everyone has a responsibility to learn the facts before condemning Dr. Luke in the media, particularly since Kesha swore under oath that her allegations are false. When the truth wins out in court, everyone will recognize that Kesha has victimized Dr. Luke and actual victims of sexual assault with her lies.”

The caption for Kesha's Instagram post on Monday read: "so. I got offered my freedom IF i were to lie. I would have to APOLOGIZE publicly and say that I never got raped. THIS IS WHAT HAPPENS behind closed doors. I will not take back the TRUTH. I would rather let the truth ruin my career than lie for a monster ever again."

Even though Kesha claimed she was offered "freedom" if she essentially recanted on her claims, she refused to be quiet. She refused even though we live in a rape culture that thrives on silence. Even when victims come forward with their accusations, we are constantly reminded that our words and experiences aren't enough. We're often asked if we're "remembering correctly." People wonder if we're lying to try to "gain attention." I've been raped, and I can assure you that when that happens to you — when something so deeply personal and intimate is stolen from you — you don't talk about it to gain attention. Even if you do misremember details, it doesn't make your truth any less valid. Your rape becomes a part of you. You learn to live with it. It is a shame-inducing, exhausting, dehumanizing experience. It sits with you at the table. On the train. On first dates. In meetings. And when you offer women "freedom" by encouraging them to apologize to their alleged rapists, you only reinforce the shame, stigma, and embarrassment of rape on a woman.

When I first read the headlines about Kesha's case, I was so overwhelmed with sadness for Kesha. As a survivor of multiple sexual assaults, I knew that going as public as she did, claiming she was assaulted by someone as prominent as her alleged rapist would mean misguided retribution from for the pop star. Knowing that enraged me. Even though I've never considered myself a fully fledged fan of her music, I am a fan of her as a person. In the wake of her allegations of assault and rape, I was reminded that Kesha, when the music and the makeup have been turned down and taken off, is so very much like the rest of us. She's a survivor. Her body was allegedly defiled. Her trust broken. All, she claims, by someone she trusted to respect her as an artist, a human, and a person.

What people who assume you're trying to "get ahead" fail to realize is that when you come forward with your rape, you are not getting ahead, and the only attention you're getting is disgusting, unwanted insults and attacks aimed at the very heart of your character. They don't realize you put so much more at stake than your freedom.

I never came forward the first few times I was raped and assaulted. I was embarrassed and assumed that I'd be told it was all my fault. I assumed I would be shamed. Eventually when I did come forward, many people asked me why I waited so long to say something. I realized then, and once again in response to the Kesha news, that no matter when a person comes forward about an alleged assault, they'll be met with resistance and denial. It doesn't matter what you say or what evidence you have to corroborate your experiences. You'll always be on the defense. You'll always have something to prove.

There are people in this world who wholeheartedly agree that rape victims will lie and falsify rape allegations in order to get ahead or to "get attention." I didn't come forward about my rapes because I wanted freedom. I came forward about being raped because I wanted to own my truth. And what people who assume you're trying to "get ahead" fail to realize is that when you come forward with your rape, you are not getting ahead, and the only attention you're getting is disgusting, unwanted insults and attacks aimed at the very heart of your character. They don't realize you put so much more at stake than your freedom.

I hope for the strength and resilience that Kesha has shown us through out this ordeal to extend to women and men fighting back against their alleged attackers everywhere. I hope her ability to stand up, after being pushed down over and over, continues to ignite a fire within all of us. I am proud that she identifies as a survivor, that she has become a sister in a family none of us ever thought we'd be part of. I am proud to walk beside her. ‌

I applaud her for standing up and defending her truth. I applaud her for sitting in a courtroom and recounting the horror she claims she experienced not just once, but again and again and again each time she's been asked to defend it. I applaud her for standing up for herself, and for all of us who have had similar experiences. For fighting, even though it is so exhausting to shout over and over and over again about the pain, the shame, and the stigma. I admire her resilience. That she refuses to be overlooked and ignored. That she allegedly turned down "freedom" for a braver, more enduring victory: standing up for her truth.