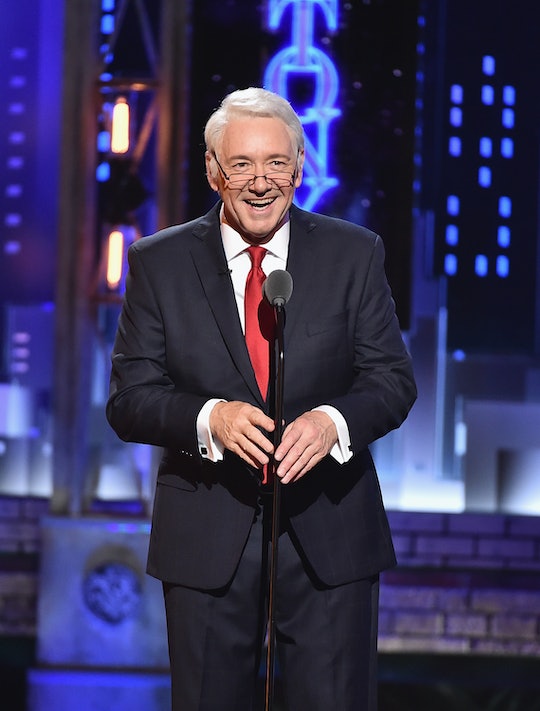 Kevin Spacey's Impressions At The Tonys Had High & Low Moments

The joke of the opening number was that Kevin Spacey wasn't sure he was the best person for the job. So he seemed to try his hand at being some other people. Kevin Spacey's impressions at the 2017 Tony Awards received mixed reactions on Twitter. He's a good actor for sure, but some are thinking maybe Spacey should stick to being, you know, Spacey.

The actor is known for his accents and impressions, which are generally always good. One famous impression was when he did Al Pacino, while sitting next to the real Al Pacino, on David Letterman, immediately after Pacino admitted he didn't like Spacey's impression of him. It was a good impression that went over well perhaps because late night television is an appropriate moment for impressions. But some of his Tony impressions failed to hit the mark, while others proved to be successful.

Spacey started off with, if we're being fair, a pretty bang-on impression of Johnny Carson, which seemed to go over fine, if only because it's kind of an old stand-by of his. I can see why he keeps going back to it. It's perfect, down to the classic mannerisms and dad jokes. However, some people on Twitter seemed to grow tired of the bit.

Spacey's next impression was Bill Clinton. Yes, slightly more relevant, but also slightly more cringe-worthy. While the impression itself was obviously well-done — Spacey got the accent, the goofy laugh, and croaky voice just right — the jokes didn't go over as well as he may have wanted.

Spacey joked that Ben Platt of Dear Evan Hansen was not as good at creating fake email accounts as his "wife" Hillary Clinton, calling out to the musical's plot point at which the teen protagonist gains attention following the suicide of a fellow high school student. It was a weird and kind of uncomfortable joke.

Spacey also joked about some "surprising wins," in an apparent reference to the 2016 presidential election, sparking both chuckles and groans around the world.

The real point is that while Spacey's impressions are great and all, they don't really make sense given the venue. This is the Tonys, and Johnny Carson and Bill Clinton don't really have anything to do with theater, or, to be honest, pop culture in the year 2017. I don't know. I'm all for playing to one's strengths, but this doesn't exactly seem relevant. And Twitter seems to have agreed.

Luckily, Spacey finished the night with the impression we were all waiting for, a perfect Frank Underwood, complete with a silent and formidable Robin Wright as Claire Underwood by his side. I guess that makes the rest of them worth it.