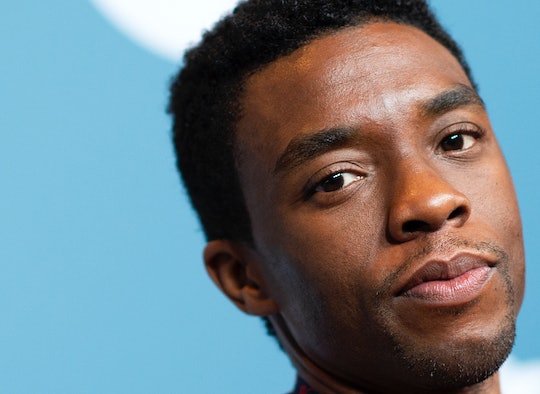 News the actor who brought Marvel's Black Panther superhero to life died Friday at age 43 has left many young fans mourning the loss of a role model. Across the country, kids have remembered Chadwick Boseman by hosting Black Panther funerals using action figures in a heartfelt show of grief over the beloved actor's unexpected passing.

"It is with immeasurable grief that we confirm the passing of Chadwick Boseman," a statement shared Friday on the actor's official Twitter account read, noting the 43-year-old actor had privately been battling stage four colon cancer for the past four years. "He died in his home, with his wife and family by his side."

"My baby boy and The Avengers holding a memorial for Black Panther," one father tweeted alongside a photograph of his son standing alongside his Marvel action figures with his arms crossed in the shape of an X over his chest to signify the Wakanda Salute, a pose made famous by Black Panther.

"When he found out about Chadwick's passing, he was heartbroken," the boy's father clarified in a later tweet. "But he knows death is a part of being human, and wanted to cope with losing his hero this way."

A number of other children also held funerals or memorial services for their Black Panther action figures upon hearing of Boseman's passing. "My nephew wanted to give Black Panther a Funeral," one Twitter user wrote alongside a photograph their nephew's action figures arranged with one arm up in a circle around a Black Panther figure. "I'm not crying you are."

In another user's tweet a variety of superhero figurines stand around a Black Panther blanket and shirt. "My nephew gave @chadwickboseman a 'Black Panther' funeral," the Twitter user explained. "It's really sad to see kids mourn their idol! May he rest in peace!"

In another, a young fan used a Captain America blanket and battery-operated candles to set the scene for their action figures' Black Panther funeral. "My hardcore Avengers fan little nephew marking the sad news of the passing of ⁦@chadwickboseman⁩/@theblackpanther⁩," The Intercept columnist Mehdi Hasan tweeted alongside the photo.

While the role of King T'Challa in Marvel's 2018 superhero flick Black Panther may be one of Boseman's most recognized roles, he's played a number of iconic Black characters, including singer James Brown, professional baseball player Jackie Robinson, and civil rights activist Thurgood Marshall. For Black children especially, Boseman brought increased representation to the silver screen, enabling Black boys and girls to see and identify with positive lead characters and role models that look like them.

On Friday, a statement from Boseman's team said it "was the honor of his career to bring King T'Challa to life in Black Panther."