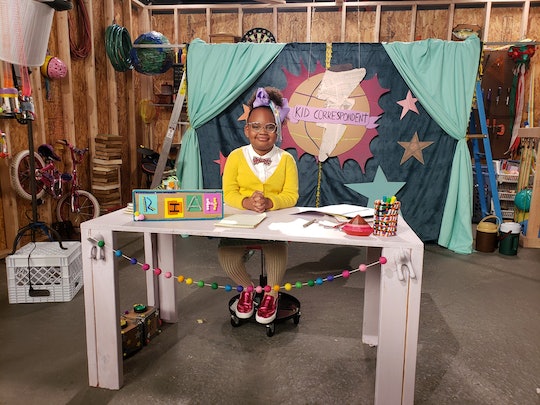 The creators behind Kid President are back with a new inquiry-based YouTube Originals program for families that aims to use the election to help parents teach kids about the democratic process. In a four-part YouTube Originals' election special, Kid Correspondent looks at what civic engagement means and how kids can grow up to become informed adults.

Kid Correspondent host Riah leads a team of four kid correspondents in learning what elections are all about and why they're worth paying attention to and participating in. To help them unravel politics and the democratic process, the kids often elect to ask a special grownup guest. In episode one, for example, Riah turns to journalist Soledad O'Brien to find out why Election Day decisions are so important. In episode two, Riah brings in actor Rainn Wilson from The Office to explain what happens in a debate, why they matter during elections, and if people can disagree while still getting along.

Riah's "ask a grownup" button connects her with This Is Us star Mandy Moore in episode three. Together the pair dig into why we have elections and what a democracy is. In the final episode of the four-part series, Riah turns to actor Kristen Bell to learn how voting works. Other guest stars include ABC's Good Morning America anchor Robin Roberts, YouTube baking star Rosanna Pansino, and singer-songwriter Lisa Loeb.

But Kid Correspondent isn't just about asking grownups to explain things. Riah and her team of kid correspondents also connect with other kids to discuss how they can develop the skills needed to participate in elections, like the ability to make tough decisions and disagree with others in ways that are healthy. The correspondents also hold a mock election and learn how to tally up votes to uncover the nation's favorite Election Day snack.

Kids Correspondent is the second program YouTube Originals launched in October under its initiative to provide users with access to helpful, authoritative voting-related information ahead of Election Day. It follows YouChoose 2020, which premiered in early October and functions as a sort of video voter guide.

As grownups wait for the results of this year's election to come rolling in, parents can easily use Kid Correspondent to teach their children about elections, the democratic process, and why it's important to vote. YouTube Originals launched Kid Correspondent in late October. All four episodes are now available to stream on the SoulPancake YouTube channel or on the YouTube Originals for Kids & Family channel and the YouTube Kids app.