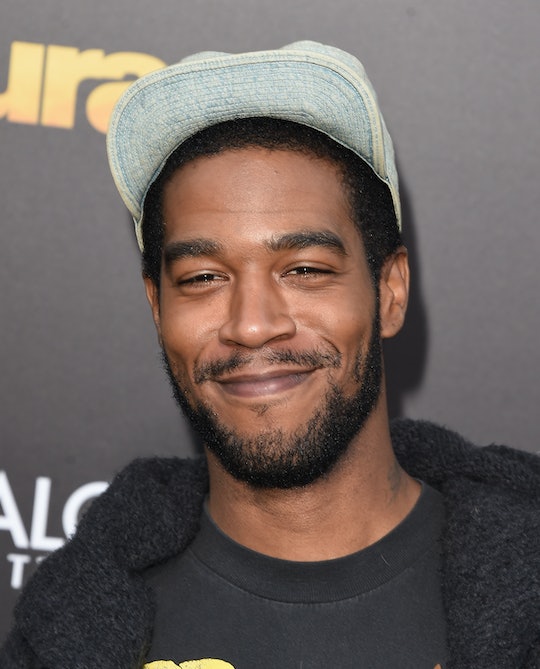 Kid Cudi shared an open letter on Facebook Tuesday night revealing his battle with anxiety, depression, and "suicidal urges." Talking about depression, or suicide, in any situation, is unbelievably difficult. Kid Cudi's emotional post about suicide is incredibly brave, and important to read. Depression is a powerful and incredibly serious mental disorder that the World Health Organization estimates affects 350 million people worldwide, so the more people who bravely come forward, the less alone all those battling mental illness can feel.

In an open, honest, and courageous post, the hip hop artist explained that he has been struggling with debilitating anxiety and depression for as long as he could remember. He expressed that he feels shame, but decided to open up about his illness for the sake of living his truth, and for his family and daughter, who he lovingly described as his best friend. What's more, Cudi revealed that he checked himself into rehab the day prior to his post.

Here's a section of his open letter:

Yesterday I checked myself into rehab for depression and suicidal urges. I am not at peace. I haven't been since you've known me. If I didn't come here, I wouldve done something to myself. I simply am a damaged human swimming in a pool of emotions everyday of my life. Theres a ragin violent storm inside of my heart at all times. Idk what peace feels like. Idk how to relax. My anxiety and depression have ruled my life for as long as I can remember and I never leave the house because of it. I cant make new friends because of it. I dont trust anyone because of it and Im tired of being held back in my life. I deserve to have peace. I deserve to be happy and smiling. Why not me? I guess I give so much of myself to others I forgot that I need to show myself some love too. I think I never really knew how. Im scared, im sad, I feel like I let a lot of people down and again, Im sorry. Its time I fix me. Im nervous but ima get through this.

Considering research shows depression continues to be stigmatized in society, Cudi's post helps shed light on the importance on addressing depression and anxiety. As the CDC reports, depression is an important public health issue that is associated with many harmful effects. And unfortunately, research shows that there continues to disparities in access to treatment for depression for many low-income patients.

A 2012 WHO report suggested that decreasing stigmatization surrounding depression could help close disparities in treatment worldwide. "... WHO is supporting countries in fighting stigma as a key activity to increasing access to treatment,” Dr Shekhar Saxena, Director of the Department for Mental Health and Substance Abuse said, according to WHO.

Cudi's post not only shows sincere transparency and strength, it helps shed awareness for the many people around the world suffering from depression, and particularly for those who are silently suffering.

His support on Twitter and Facebook shows that his powerful words have resonated with many. Since Tuesday night, Cudi has received an outpouring of support, and thoughts and prayers for his well-being.

Cudi, whose real name is Scott Mescudi, said in his open letter that he will be focusing on himself, and that sounds like the right move.

Below is information to the National Suicide Prevention Lifeline:

We can all help prevent suicide. The Lifeline provides 24/7, free and confidential support for people in distress, prevention and crisis resources for you or your loved ones, and best practices for professionals.