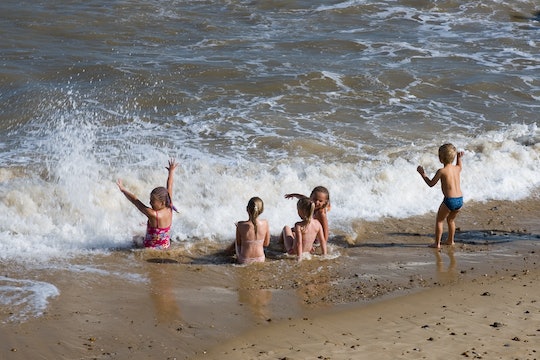 They may not always show it in their actions, but science has proven that kids make quick — and often negative — judgments about others just as often as some adults. While prior research has focused on race, attractiveness, and even morality to figure out attitude biases in children, a new study by Duke Health researchers has found evidence that kids are unconsciously biased against their overweight peers by as early as 9 years old. And according to researchers, those snap assessments about “good” or “bad” body types in other children can lead to unintended stigma in the kinds of friendships and activities that kids choose.

The study, published this month in the journal Pediatrics, focused on 114 children age 9 to 11 years old and used a method called Affect Misattribution Procedure to measure attitude bias. The children were shown pictures of young people who were similar in age, gender, and race, but of different body shapes. Some of the pictures showed kids doing activities commonly associated with weight judgments, like running; Other images showed kids in classrooms or other activities unrelated to weight or health. Immediately after seeing those photos, participants saw photos of neutral geometric shapes or patterns and were asked to rate the neutral photos as “good” or “bad.”

The results were significant. After seeing pictures of children at healthy weight, participants gave 64 percent of the neutral images a “good” rating, compared to 59 percent of the images they saw after looking at photos of overweight children.

Those findings are concerning, considering child obesity is highly prevalent among children in the United States. The American Heart Association estimates that some one in three kids and teens are obese — a threefold increase since 1971. Moreover, children who are overweight or obese are more likely to face low self-esteem, negative body image, and depression, along with the heightened health risks associated with the condition.

But in a Reuters report, researchers said that much more analysis should be done to fully identify understand how anti-obesity biases form in children. Duke University School of Medicine associate professor Asheley Skinner, Ph.D., who co-authored the study, told Reuters that the results vary among participants of different socioeconomic backgrounds, or even when participants are themselves heavier than average:

Still, the early takeaway from the research suggests that parents should have more conversations about overcoming biases, rather than leaving it for kids to work out on their own. That can be tough, since adults are often guilty of the same snap judgments when it comes to body types. University of Minnesota Medical School pediatrics researcher Justin Ryder, who was not involved in the study, told Reuters that actively checking and addressing parents’ biases was the one critical thing parents could do to derail negative beliefs before they take root:

Using terms like fat, unhealthy, lazy, bad, ugly, etc. in reference to a person struggling with being overweight or obese is likely to build a negative attitude toward that people of that body shape over time. Parents likely do not realize their own implicit bias toward persons who are overweight or obese, making this a challenge.

The Centers for Disease Control and Prevention estimates that some 12.7 million children are considered overweight or obese in the United States, making this a pressing issue for millions of parents. The study authors called the findings a starting point for helping parents to understand — and even circumvent — some of the social challenges that a growing number of kids are being forced to navigate.