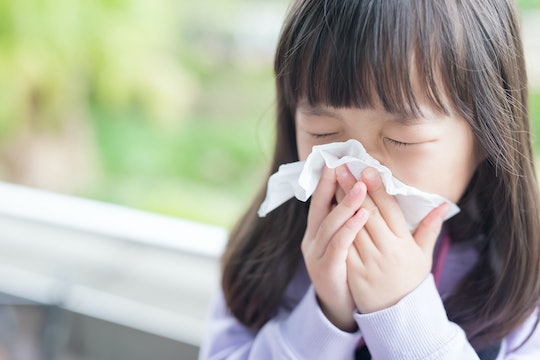 For most parents, taking time out to take a sick child to the doctor can be a real struggle. That’s why the use of telemedicine — consulting with a doctor through the phone or computer — is growing rapidly. But, as a new study published in the journal Pediatrics found, kids are more likely to be prescribed antibiotics when treated by telemedicine and that is raising some real concerns.

A survey done in 2017 by Nemours Children’s Health System discovered that while only 15 percent of parents had used telemedicine that year, 64 percent were planning to use it within the next year. According to the survey, things most likely to prompt a call to a telemedicine service were respiratory infections and well-child checkups. Perhaps that’s why researchers focused on the data from respiratory infections while conducting this new study, analyzing how treatment plans differed from what a child might receive with an in-office visit.

By looking at information from more than 43,000 patients, researchers found that 52 percent of children were prescribed an antibiotic when they were treated via telemedicine, according to the Pediatrics study. A visit to an urgent care facility resulted in an antibiotic prescription 42 percent of the time, and that fell to 31 percent with a visit to a primary care provider, researchers found.

The problem is that when antibiotics are prescribed too often, it “…can cause bacteria or other microbes to change so antibiotics don’t work against them. This is called bacterial resistance or antibiotic resistance,” according to KidsHealth.org.

The Centers for Disease Control and Prevention calls antibiotic resistance “…one of the most urgent threats to the public’s health.” And to combat that concern, the CDC established guidelines for the use of antibiotics in children, but this new study revealed that only 59 percent of prescriptions from a telemedicine service followed them.

The most common mistake, researchers found, was giving out an antibiotic prescription for a viral infection, which they have no effect on, according to the Food and Drug Administration. When a child was taken to a primary care provider, the guidelines were followed 78 percent of the time, and 68 percent of the time during urgent care visits, the study found. For example, when trying to diagnose strep throat, only 4 percent of children were given a strep test with a telemedicine visit, compared to 68 percent of kids taken to a doctor.

But telemedicine is a convenient — and sometimes the only — option for a parent who's strapped for time or resources. Another study published in 2015 in Pediatrics found that taking a child to the doctor is the number one reason for taking time off work, resulting in 71 million visits to pediatricians every year. Clearly there’s a market for telemedicine.

So what can a parent do to be sure their child really needs the antibiotic that’s recommended by a provider? For starters, don’t pressure the provider to prescribe them, as Stanford Children’s Health found that, “Doctors prescribe antibiotics much more often for children if they think the parents expect them, but less often if they feel parents do not expect them.” Stanford Children’s Health also recommends that parents always ask why or why not a doctor has decided on the course of treatment that they are prescribing, whether or not antibiotics are involved. Doing so can help you understand exactly what’s going on with your child, and what you should be expecting.

The fact is, telemedicine is probably here to stay. And with parental involvement and a little knowledge, it can be a really good treatment option for many kids for a long time to come.