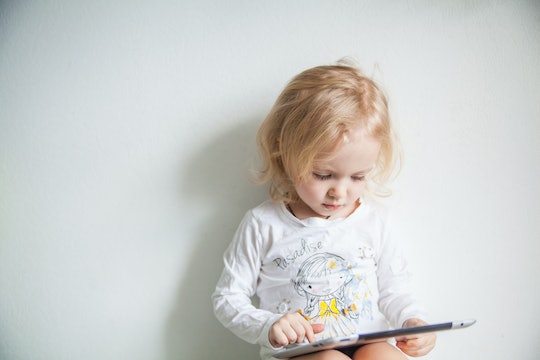 Kids These Days Aren't As Active Or Independent As Previous Generations, Study Says

Like our grandparents always told us, children should be getting a healthy daily dose of physical activity, but, unfortunately, it doesn't always shake out that way thanks to their increasingly busy schedules and technology addictions. As, it turns out, our grandparents may have had reason to be worried: Researchers in New Zealand found that kids aren't as active or independent as they used to be. In fact, it appears that they (or, at least, the more than 100 eleven- to 13-year-olds who participated) make a habit of sticking pretty close to home. And the overall consensus is that the findings are pretty concerning.

More Like This
Vaccinated People Can Ditch Masks. Where Does That Leave Kids?
15 Face Masks For Kids That Are Cute, Comfortable, & Get The Job Done
If A Tick's Head Gets Stuck When You're Pulling It Out, Here's What To Do
Survey: Just 30% Of Parents Would Get Their Kids Vaccinated Against COVID-19 Right Away

Researchers from the universities of Ortega and Auckland teamed up with those from Harvard University and outfitted the randomly recruited study subjects with wearable cameras and GPS technology, according to The Guardian. The goal was to keep tabs on where they went and how long they spent there. They found that the kids — from 16 different school zones in the region of Wellington, New Zealand — spent more than half of the time they weren't in school within about three-tenths of a mile from their family homes. When they did venture farther, it was usually to go to friends' houses, to spend time at school for leisure, or to go buy food at a takeout place or a convenience store, for example.

Strikingly, the children involved in the study spent 14 percent of their non-school leisure time at such food outlets, and visited them an average of twice as often as they did sporting and outdoor recreation venues, such as parks. Considering the fact that kids' physical activity and aerobic fitness levels have dropped dramatically worldwide in recent decades, this tidbit is particularly concerning.

In addition to providing a detailed picture of how kids spend their time, the "Kids in space" study — published in the November edition of the Social Sciences & Medicine journal — illustrated how the kids' actual neighborhoods affect their daily lives. Many of the kids live in "constrained" neighborhoods, as lead study researcher Tim Chambers told The Guardian, which means that local facilities and retailers play a significant role in shaping kids' health. Encouragingly, some are taking steps to make sure they mitigate ill effects, as Chambers explained:

Chambers considered the fact that kids visit places to purchase food so much more frequently than places where they could get their daily recommended amount of physical activity to be "shocking," he told Radio New Zealand. According to the World Health Organization, kids between the ages of 5 and 17 should be getting at least one hour of moderate to vigorous physical activity every day.

Kids between the ages of 8 and 12 in the United States spend a whopping six hours a day staring at screens, while teenagers do so for nine hours per day. That's a bit mind-boggling, but there are several strategies that parents can employ to break the cycle and encourage physical activity, according to U.S. News & World Report. First, they can be sure to incorporate exercise into their own lives and invite their kids to join in. They can also deemphasize competition and focus on the fun aspect of sports and exercise. Getting a pet and scheduling active playdates — at the pool, for example — can make a real difference as well.

It seems as though now, perhaps more than ever, parents will have to make a concentrated effort to make time for physical activity in their kids' lives, as they're often otherwise preoccupied with their phones and tablets.