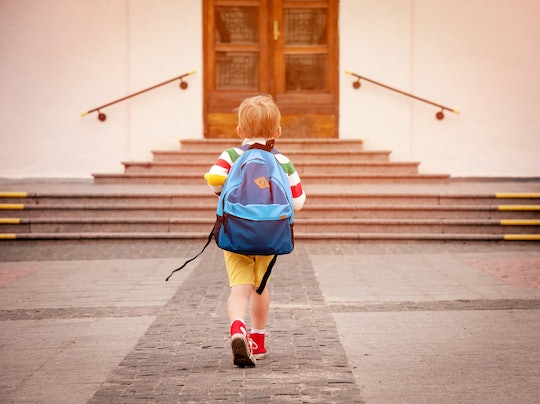 Study: Kids Born In August Are More Likely To Be Diagnosed With ADHD

While we know a lot about attention-deficit disorders like ADHD, there are still a lot of unknowns. New research, however, is suggesting that there might be a correlation between kids born in a certain season and attention-deficit disorders. Specifically, kids born in August are more likely to be diagnosed with ADHD, and researchers have some interesting reasons to believe so.

The New England Journal of Medicine has released new research in which they studied insurance claims to see if there were any patterns in children being diagnosed with ADHD at higher rates. Significantly, researchers found that children with August birthdays — which correlates with the cut-offs dates for school enrollment, typically Sept. 1 in many states — were more likely to be diagnosed with the disorder by as much as a 34 percent increase, according to PBS News Hour.

The researchers theorize, according to PBS News Hour, that this link is likely due to the age children are first enrolled in school and their developmental level and abilities. Basically, younger kids' maturity levels aren't the same as the older kids in class, and it could cause them difficulty with focusing. As such, those younger kids are being diagnosed with ADHD, when it may actually just be a matter of timing.

As the researchers explained in the study's findings:

According to the Centers for Disease Control and Prevention, ADHD can present in a few different ways, but tends to encompass the behavioral issues of daydreaming too much, being forgetful, losing belongings, squirming or fidgeting, being unable to sit still, making careless mistakes, being unable to resist temptation, struggling with sharing or taking turns, and finding it a challenge to get along with others. Typically, according to the CDC, a diagnosis is made after six or more months of exhibiting these behaviors.

However, The Harvard Gazette reported in a piece aptly titled "The Difference A Year Makes" that the issue could be more widespread than many realize. In fact, the rates of ADHD diagnoses have risen "dramatically," according to The Harvard Gazette, stating that "in 2016 alone, more than 5 percent of U.S. children were being actively treated with medication for ADHD."

While a 5 percent increase may not seem like a lot, according to Psychology Today, that actually equates to a 53 percent rise in diagnoses of ADHD.

"It is no secret that ADHD rates are climbing; many clinicians and parents are looking for clues why," Dr. Natasha Burgert — a pediatrician who specializes in private, direct care — tells Romper, adding:

This report suggests that in large, diverse classrooms, kids that are relatively younger than their peers may display attributes that seem like ADHD but are actually age-appropriate behavior. This report sheds light on the natural spectrum of maturity and executive functioning required to participate in a classroom setting, and how looking more closely at age-appropriate expectations may decrease the number of younger children from receiving an ADHD diagnosis.

Stephen Hinshaw, a clinical and developmental psychologist at the University of California, Berkeley, told Science News that "children mature at different rates," but went on to explain that though greater recognition is positive, his primary concern is that diagnoses are being made too soon. “We don’t want to overreact to inattention, lack of focus, impulsive behavior and large amounts of overactivity,” he told Science News. “We need to understand the child’s other skills.”

Overall, it seems that new knowledge about ADHD is becoming more readily available as time goes on and more research is done. Though it's impossible to say conclusively whether misdiagnoses are rampant, or age and relative maturity can account for a large percentage of those diagnoses, parents should be sure to stay tuned, and as always, consult their own medical professional to suit their child's individual needs.