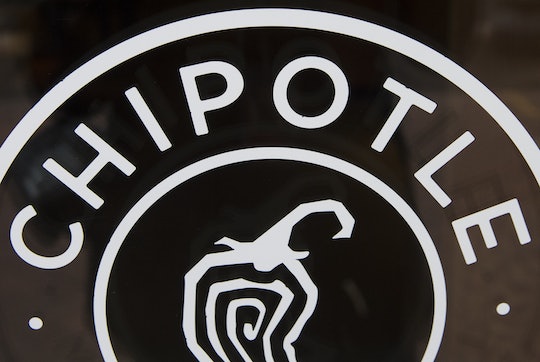 Kids Eat Free At Chipotle On Sundays In September

For parents who can't get through the week without a burrito, there's good news: on Sundays in September, kids eat free at Chipotle Mexican Grill, Business Insider reported. The chain hasn't had the easiest year: An outbreak of food-borne illnesses in 2015 prompted lasting concern from even the most dedicated fans. But by incentivizing families to return to Chipotle, the restaurants may be able to bolster sales and reestablish its carefully-cultivated identity as a fast, easy choice for healthy eating.

Here's how it works: Order "a burrito, bowl, an order of tacos or salad" and, according to Chipotle, you'll get a kid's meal for free along with a Dragons Love Tacos activity sheet. There are a few caveats: Only kids 12 and under are eligible to get the free meal, catering orders don't count, and both the regular meal and kid's meal have to be obtained at the same time (no bringing back a lunch hour receipt to get a kid's meal after school). The offer is good every Sunday in September, giving moms and dads four opportunities to have a relatively inexpensive Chipotle outing.

Kid's meals aren't the only freebies this month: Chipotle also announced that it would be providing free drinks for students. During September, any customer who flashes a student ID while buying an entrée gets a complimentary fountain drink or an iced tea. High school and college students in the United States and Canada are eligible, but the offer only applies to in-restaurant orders (a good excuse for a study break). Bottled drinks and alcoholic beverages aren't part of the deal, so students 21 and up may want to bring extra cash if they're craving a beer.

Chipotle is still in recovery mode following its multi-state outbreak of foodborne illnesses this past April, which included "E. coli, salmonella and norovirus," Reuters reported. At the time, the chain reported its first quarterly loss after decades in business. Now, it's seemingly doing some well-intentioned damage control, trying to repair its reputation, and firming up its financial picture. So far, it seems as though the whole chain is moving forward: According to Glamour, the 14-state illness outbreak officially ended in February.

The offers of free kid's meals and free drinks for students couldn't come at a better time. As children, teens, and students of all ages are looking at nine months of cafeteria food ahead, Chipotle's perks are a major bright spot. Who doesn't want to toast the first day of school with tacos?