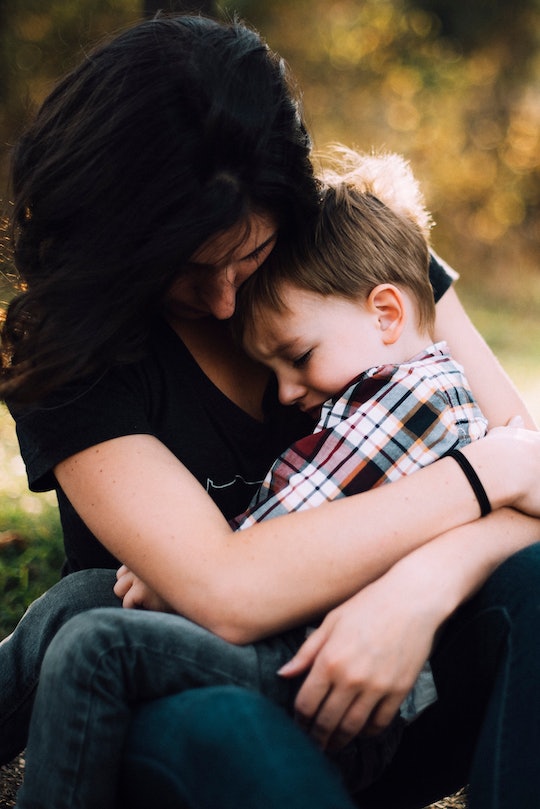 Many parents strive to encourage their kids to be honest, and conventional wisdom says kids should be punished for lying. But some new research reveals that if you want your kids to tell the truth, you might want to try a different approach. Kids are more likely to admit lies if they think parents will react supportively — even if they also expect to get punished.

Researchers from the University of Michigan were interested in looking at the emotions kids associate with lying, and whether how they feel about lying influences their likelihood to cover up lies they've told. The researchers asked several groups of children, from ages 4 to 9, about a pair of of hypothetical stories where kids lied about a wrongdoing, and later confessed when confronted by their parents. They also asked the kids' parents to rate their child's willingness to confess to a lie, and asked about how they'd approach their child if they thought they'd lied about a misdeed.

The study found that younger children tended to think that lying was positive, focusing on what they would gain from it. They tended to feel negative emotions about confessing to lies, usually because they associated it with punishment. The older children reported feeling guilt about lying, and felt better about fessing up to lies or rule-breaking than younger children did.

One reason for this is that older children tend to have a better grasp on the broader philosophy of right and wrong than younger children do. In the study, the older children could articulate that their feelings corresponded to what they felt was wrong (lying) and right (admitting to it).

Just because older children might grasp the concept more readily on an intellectual level doesn't mean that younger kids don't feel guilt. Researchers pointed out that younger children are less likely to engage in a conversation about lying and confessing — which can be an important teaching opportunity — if they're made to feel guilty about it.

Older children, even teenagers, responded better when parents praise them for telling the truth when a lie has been caught out. Researchers said that if parents want their kids to be honest, focusing on the negative aspects of lying might close the line of communication and encourage kids to be evasive. Focusing on the positivity in owning up to a lie, and having productive conversations about it, are more effective in the longterm.

Setting the tone for these conversations while kids are young is important, they say, because the things kids lie about as they grow up become more and more high-stakes. By the time they're young adults, the issues they would be tempted to lie about would be more akin to drug use or driving indiscretions, rather than something relatively innocuous, like stealing a cookie before dinner.

What the study essentially shows is that kids of all ages seem to be more motivated to tell the truth, and avoid lying in the first place, if they think it will make their parents proud of them. If parents want to raise honest kids, punishing them for lying without having conversations about the associated emotions, like guilt, might be counterproductive. Especially for younger children who are still learning about how lying and being truthful makes them feel.