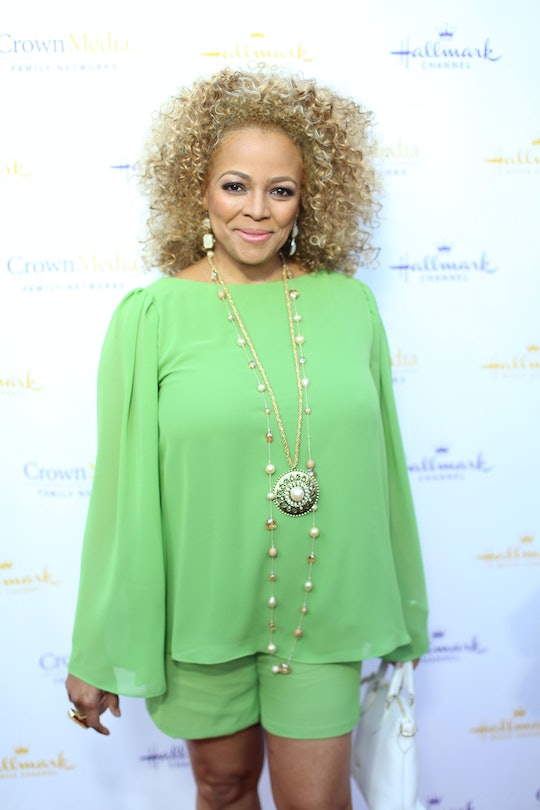 Part of the fun of Dancing with the Stars is listening to Carrie Ann Inaba and Bruno Tonioli argue against Len Goodman's rather old-school dancing vision. That was certainly the case on Monday's Dancing with the Stars, except this week Len had the help of Maksim Chmerkovskiy to stand behind him, creating a two vs. two fight behind the judges table. Early on in the night, Kim Fields and Keo Motsepe received mixed reviews on Dancing with the Stars, and it might just cost them the competition.

This particular week was a bit different than past weeks as it was the partner switch week. Usually with Sasha Farber, Kim was now partnered with Keo, who is usually partnered with Jodie Sweetin. The two took on the Viennese Waltz, and it was obvious from the get go that Kim was hesitant abou the partner switch. While she had the upmost respect for new partner, she clearly missed working with Sasha, which could have possibly led to her lower score.

But, the most obvious reason the two received two 8's and two 6's (a rather staggering difference) was because two of the judges (Maks and Len) took major issue with the actual dance. Maks made a point of saying that there was no Viennese Waltz in the actual dance, while Len said that the two were not in hold.

It led to two 6's from Len and Maks, and two 8's from Bruno and Carrie Ann, who both said that they really enjoyed the performance. Keo explained his choreography, noting the height difference between him and Kim wouldn't allow for a not-awkward looking hold. It didn't seem to make a difference, though, since the judges were pretty firm in their decisions.

But, will this affect Kim moving forward in the competition? The judges votes are important, and I think Kim needs the judges votes as much as she can get. Hopefully, if Kim's fans liked her dance — and aren't as picky — they'll vote for her to stay, but there's a chance that this could lead to an elimination.