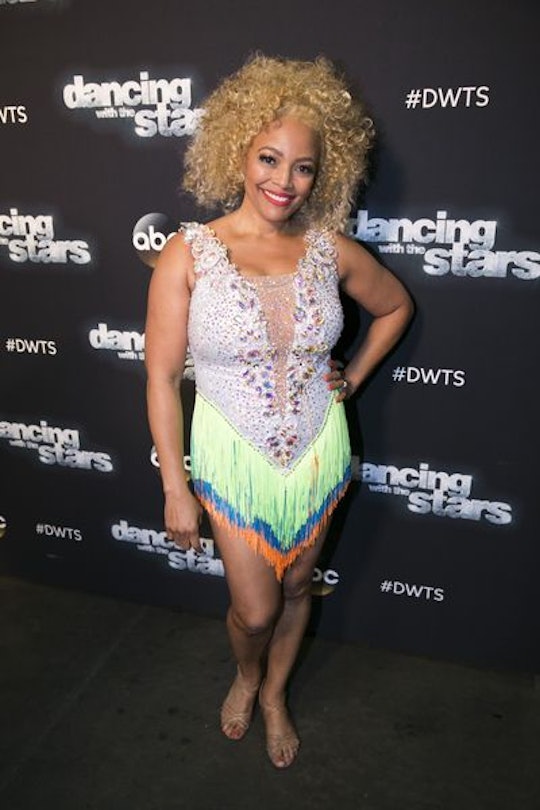 We all love Kim Fields' recent career work. She just got off of a one year stint on the Real Housewives of Atlanta where she was just an innocent fawn in a pack of wolves. I, for one, was happy to see she wouldn't be returning to such a vicious show — she's much too innocent for that drama! Plus, I just want the best for Tootie. Speaking of, Kim Fields' Tootie dance on Dancing with the Stars was just about anything any Facts of Life fan could have ever asked for. The roller skates, the pigtails, the theme song. It had had it all.

We've been teased with a Tootie dance since the show started a few weeks ago. It was only a matter of time until Fields put on her roller skates and completely took us back in time to her famous character. On Dancing with the Stars, Kim chose 1976 as her "most memorable year," which brought fans right back to her 7-year-old self, a young actor "fresh from Harlem" to Hollywood, starring in a Mrs. Butterworth commercial and creating her famous role Tootie in Facts of Life. Kim's "big thank you note to the fans" was Tootie in every way. Len said it was as smooth as maple syrup (I see what he did there), which caused Fields to jump up and down — I also see what she did there.

Charlotte Rae — Mrs. Garrett in Facts of Life — also made an appearance in the video package, telling the audience that Fields was full of "piss and vinegar" when they worked together. She also won the night by making a comment that she may be less than five feet tall, but at least she's still above ground.

The dance earned a total score of 22 points, which is certainly a good score this far in the competition. All of the judges seemed to enjoy Fields' performance and rarely give her super-constructive criticism (the type where fans should worry about her safety), but nothing is set in stone until fans vote to keep Tootie alive and kicking in the competition.