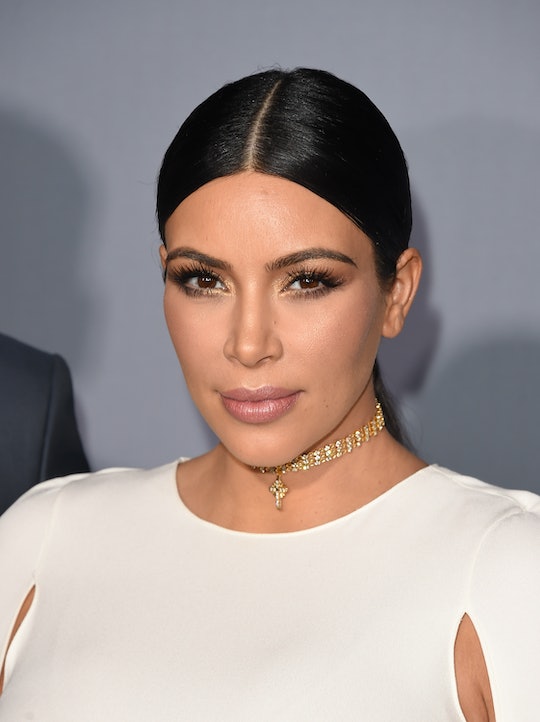 Kim Kardashian Got Fat-Shamed Over That Epic Churro Trip, & Responded In The Best Way Possible

Anyone who’s ever been pregnant knows that hormone-induced pregnancy cravings are not to be messed with. On Sunday’s episode of Keeping Up With The Kardashians, we learned that almost-ready-to-pop Kim actually got on a plane and flew to Paris because she wanted churros and cheesecake, and then she hit up New Orleans for some beignets. (OK, and she also stopped over for some couture maternity wear while she was there.) Naturally, the Internet went crazy about that, because people love to hate on the Kardashians for the dumbest things, and a barrage of pregnant woman fat-shaming ensued. As usual, the haters didn’t hold back, but Kardashian totally didn’t let all the pregnancy fat-shaming get to her. In fact, she responded to some of the messages and totally brushed off their negativity. Which she totally should do, because seriously, what pregnant woman wouldn’t fly to Paris for churros if she had access to a plane? Hell, I’d fly to Paris for churros right now and it’s been three years since I was pregnant. More power to you, girl!

Of course, proper nutrition is important during pregnancy, because, well, you are growing a human. And Kardashian has already spoken about being high-risk for gestational diabetes, which makes watching what she eats even more important. But somehow this well-meaning message about healthy eating has led pretty much everyone to believe that they have the right to police other people’s eating habits — even though a churro or some cheesecake every now and then won’t do a thing, other than maybe make a hormonal pregnant lady happy. (I mean, have you ever had a churro? I rest my case.)

Fortunately, Kardashian had no shame whatsoever about her indulgence, which led for some pretty great responses to the mean tweets sent her way — particularly this exchange, pointed out in an article on mic.com:

Naturally, her fans also came to her defense:

And others let her know that they totally get it:

Not gonna lie, I am totally jealous. #churrogoals