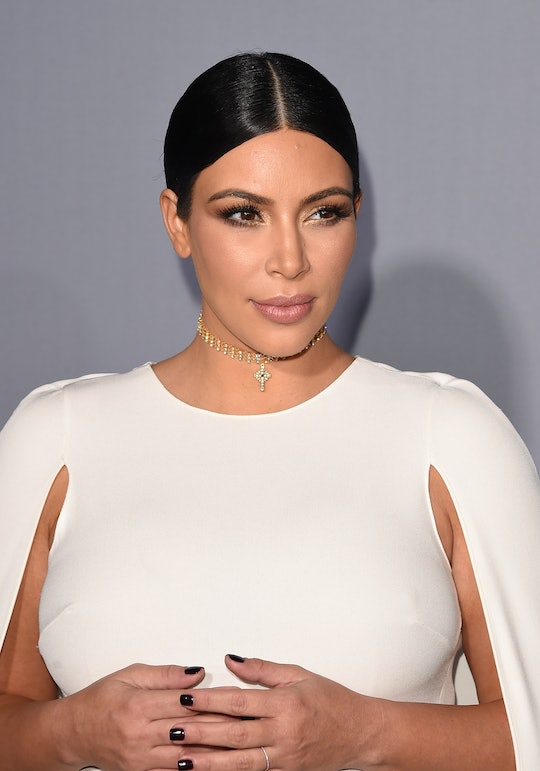 On Friday Kim Kardashian, selfie queen, posted a picture of herself on Twitter that she actually didn't take herself. Kim tweeted, "North posted this on IG while playing games on my phone. Not sure why or how she chose it, but I'm not complaining RP." While Kardashian's 2-year-old daughter has been featured in many of her social media posts — a recent Instagram shot shows the tot at a pumpkin patch – this is the first time North has (at least according to her mother) posted a picture herself.

It's not SO crazy that little N accomplished this herself — Lots parents have left their children in charge of their phones for a game of Angry Bird or two, only to come back to gibberish Facebook posts or accidental calls placed to Europe. But the Internet doesn't seem to be buying Kardashian's story — or they're at least making light-hearted fun of it. Twitter users spent the afternoon either expressing their disbelief or tweeting what North's tech-savvy fingers would end up posting to their own Instagram profiles.

And the fact that it became a meme was even more entertaining:

Either North West has a great social media career ahead of her, or her mother figured out yet another creative way to generate buzz — either way, go team.