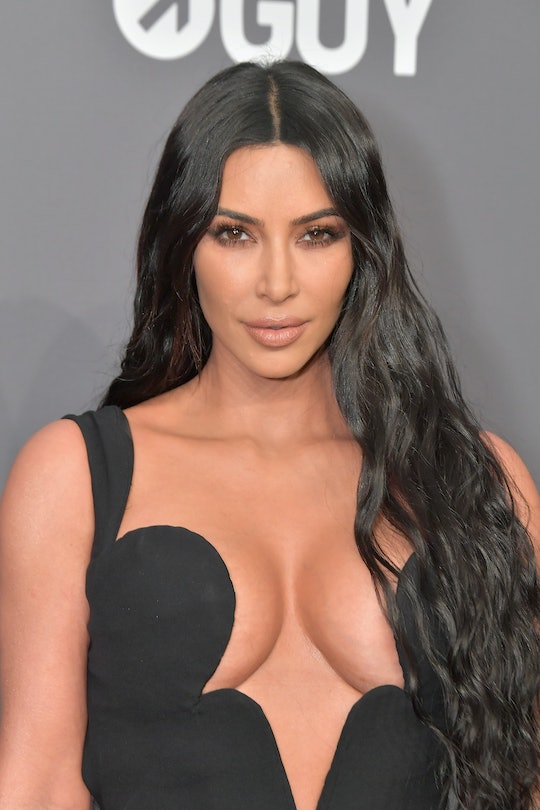 When a baby first enters the world, it can be fairly difficult to see any familial resemblances. But after a couple of months, their little features (and personalities) start becoming more distinct. And Kim Kardashian's new photo of baby Psalm demonstrates this phenomenon perfectly, as it proves the little guy is totally twinning with his big sis, Chicago.

As a refresher, the KKW Beauty mogul welcomed her fourth child — a son named Psalm — with husband Kanye West on May 9, according to People. The famous couple conceived their son via in vitro fertilization (IVF) and used a gestational carrier — just like they did with baby number three, Chicago, 18 months. Kim and Kanye also have two other children, North, 6, and Saint, 3.

On Wednesday, July 10, the Keeping Up with the Kardashians star took to Instagram to share a sweet moment with her youngest child, captioning a short of the smiling 2-month-old: "I meannnnn my baby Psalm is so sweet!!!"

So sweet, indeed. From the little guy's adorable cheeks to his tiny bald head, there's a lot to love about this photo.

Of course, Pslam's cuteness isn't the only thing to come through in this photo — it's clear he bears an uncanny resemblance to Chi. And as it turns out, commenters also notice the resemblance.

One Instagram user wrote, "Omg this baby so cute her two youngest this one and Chicago look like twins."

Another follower commented, "He looks like Chi. So cute."

Yet another person chimed in with, "He looks exactly like Chicago omg."

In my opinion, one Instagram follower summed it up perfectly, writing, "First two are mini Kaynes. Now the second two are mini Kims." Ha! Too true.

It's worth noting that mama Kim saw Psalm's resemblance to Chi from day one, according to E! News. Shortly after announcing, "He's here!" on Twitter, Kardashian added, "He’s also Chicago’s twin lol I’m sure he will change a lot but now he looks just like her." See? Mama always know best.

"I can see your dad in him," one person commented.

"Doesn’t he look like Kim’s dad?" someone else commented.

I can see this resemblance too, so it's possible Psalm looks like more than one family member.

Personally, I agree that baby Psalm and Chicago seem to favor Kim's family — and therefore, each other. Then again, fans have yet to see a photo including all six members of the Kardashian-West family, which would make it a bit easier to compare. And when that full family photo does arrive, I have a feeling the youngest Kardashian-West child will still be twinning with his big sister, Chi. Which is definitely a compliment because Chi and Psalm are both pretty darn adorable.