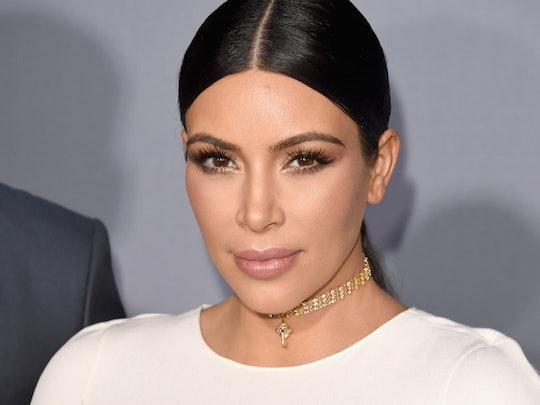 Here's a fun fact: Kim Kardashian and I are practically the same person. We're both humans, we're both women, and we're both United States citizens. But wait, there's more. We both have two lungs, own more than one pair of shoes, and neither one of us is into New Year's resolutions. But Kim decided to go ahead and make some resolutions anyway, because her fans were asking for them. Us Weekly shared Kim Kardashian's New Year's resolutions, which the reality star posted to her website on Thursday. And her goals for 2016 are just like mine (and probably yours, too.)

In the spirit of pleasing my fans (again, something that's really important to both Kim and me), I've decided to go ahead and make some of my own resolutions, just this once, because America deserves to know what I dislike about myself. And it turns out that once again, Kim and I really are one. We're practically sisters! Sure, I might not look like the rest of the Kardashian clan, but that means nothing these days. A little contouring and I could be on their next reality show.

Check out Kardashian’s resolutions, and you may find that her plans for the new year ring similar to yours.