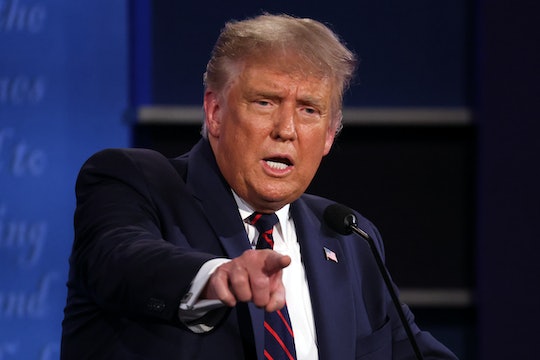 The first presidential debate between Donald Trump and Joe Biden was eagerly anticipated, with many wondering what exactly would happen. Little did we know that all this time the shrieking chaos of our children's Zoom meetings was, in fact, a kind of preview. Except kindergarten classrooms were (somehow) more civilized than the debate.

For those who could not watch, I can assure you that the "kindergarten class hyped up on candy and cupcakes the day before winter break" energy was powerful. Chris Wallace of Fox served as moderator and can probably best be described as "substitute teacher who knows, deep down, that he didn't lose the room; he never had it." You'd feel sorry for him, except that his desperate desire to remain in control only seemed to escalate the candidates' desire to be heard... constantly... without allowing the other man to speak.

Here's how the debate was more civilized than a room — virtual or otherwise —f ull of hyperactive 5-years-olds: both men wore suits and ties. Kindergarteners tend not to do that. But that's literally all they had going for them. Because whereas it takes at least a dozen kindergarteners to create the level of confusion seen during the debate, these two champions(?) managed with just two. It's at once a feat and unsettling to think that while our kindergartener's brand of chaos is developmentally appropriate (even though it makes us want to slip something stronger into our coffee during their 9 a.m. Zoom meeting) Trump and Biden are competing for the presidency. An office once synonymous with decorum and respectful discourse.

Now? The chaos of 25+ children who were only potty-trained in the past couple years pales in comparison to the off-the-wall classroom vibes we were served.

Oh, I don't think so either, you guys, but we can live in hope if not optimism.