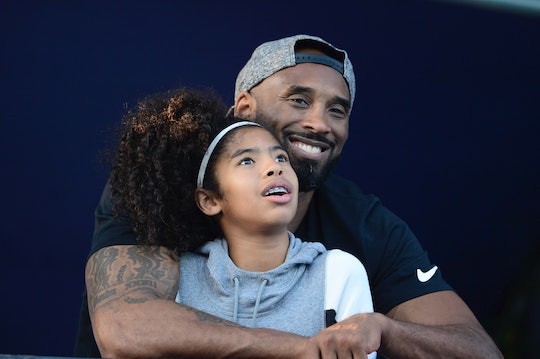 Brazilian author Paulo Coelho has reportedly deleted a children's book he and Kobe Bryant were co-writing. Coelho announced plans to destroy the book's draft shortly after news broke that the basketball legend had died along with his 13-year-old daughter and seven other people in a helicopter crash in Calabasas, California, on Sunday.

"You were more than a great player, dear Kobe Bryant," Coelho tweeted Sunday. "I learned a lot by interacting with you. Will delete the draft right now, this book has lost its reason."

In his tweet, Coelho included a screenshot of some text messages he and Bryant had exchanged in August 2019. "Let's right that book together," Bryant wrote, before correcting his typo. "Anytime," Coelho responded.

Coelho told the Associated Press that he and Bryant first began talking about writing a children's book together in 2016, just after Bryant retired from the NBA. But the pair didn't immediately jump into writing. According to Coelho, they'd only started writing a few months before Bryant's death.

The book was, according to Coelho, meant to be an inspirational message of how underprivileged children can use sports to overcome the difficulties and hardships they faced in life, the Associated Press reported. "Kobe was always very concerned about making a book that was a positive example for children, especially those coming from humble beginnings," Coelho told the news outlet.

A number of Twitter users urged Coelho to reconsider his plans to abandon the book's draft. "Please don’t. It would be the greatest tribute," one fan tweeted, while another said, "Please, don’t delete it right now, @paulocoelho. Don’t act while the pain is still consuming all of us. Wait and maybe something bigger can come of this draft. We shouldn’t act while we’re still poisoned by the pain." As many suggested, one fan said, "If his family approves, please still release it."

The Alchemist author, however, confirmed to the Associated Press that the draft had already been deleted "because it didn't make any sense to publish without him."

After retiring from a 20-year career in the NBA in 2016, Bryant turned his attention to other ventures, such as Granity Studios, a multimedia original content company that sought to tell stories around sports. Through Granity Studios Bryant collaborated with author Wesley King to create The Wizenard Series, a young adult fantasy book series that wove traditional sports into tales of magic and imagination.

It's unclear how far along Bryant and Coelho had gotten on their book or how many pages might of been written prior to Bryant's death. And although, Coelho, who has written more than two dozen books, won't be continuing to work on his and Bryant's plans for a children's book alone, the author hasn't completely ruled out the idea of writing about Bryant's story, as he told the Associated Press: "That doesn't stop me from writing someday about things I learned from Kobe and how much of a larger-than-life person he was."