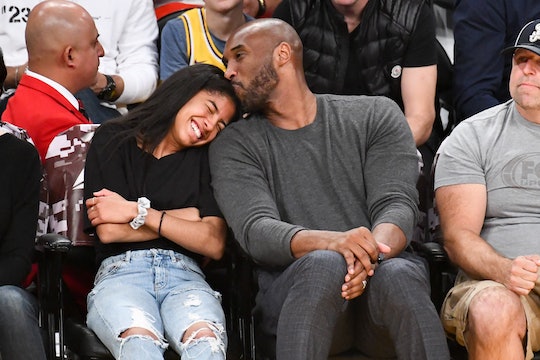 Along with a wife and three surviving children, basketball superstar Kobe Bryant is leaving behind a legacy of greatness and commitment to hard work. After his time on the court was over, the former Laker moved to a whole new career path: children's literature. During the final interview he would give before his life was tragically cut short, Bryant talked about inspiring kids and finding his second passion in life.

Bryant and his 13-year-old daughter Gianna were among the nine casualties of a helicopter crash in Calabasas, California on Sunday morning. In the hours following this heartbreaking news, fans and friends have been pouring out messages of mourning and remembrance for Bryant and his daughter. Along with being a powerhouse on the basketball court, those close to Bryant have praised him as a loving father, committed friend, and compassionate individual. But once he retired from basketball in 2016, Bryant put on yet another hat when he entered the world of children's entertainment.

After winning an Oscar for his 2017 animated short, Dear Basketball, Bryant went on to work in children's literature — something that brought him great joy in the years after he retired from professional sports. This second career allowed him to continue to inspire children in a meaningful way.

Speaking with USA Today recently about this next chapter of his life, Bryant talked about the work he did on The Wizenard Series, books about magic and basketball. "You got to do what you love to do. I love telling stories," he said in the interview published on Jan. 23, three days before the tragic accident. "I love inspiring kids or providing them with tools that are going to help them."

And that inspiration didn't stop at a single book series; Bryant went so far as to launch his own publishing company — Granity Studios — dedicated to sharing these stories. "I have an idea for an entire universe that centers around sports, fantasy and magic," he told USA Today. "It's as if the Olympics and Harry Potter had a baby."

But along with publishing, Bryant remained a dedicated father, regularly leaving work around 2 p.m. to pick his girls up from school before returning to the office to put in a few more hours, as he told USA Today. He also coached his daughter Gianna's youth basketball team as another means of inspiring the next generation.

Speaking with Jimmy Kimmel in 2018, Bryant opened up about why he was motivated to coach youth basketball after he stopped playing himself. "We try to teach the kids what excellence looks like,” he said at the time. "Some of them may want to play in the WNBA, some may not. But we try to give them a foundation of the amount of work and preparation that it takes to be excellent.”

And as for Gianna, she was proud to take up the torch for her dad. Whenever fans approached Bryant to urge him to have a son to carry on his legacy, Gianna was quick to say "Oh, I got this," as Bryant told Kimmel.

TIME listed members of Gianna's basketball team and their families as being among those lost in the crash. Teammate Alyssa Altobelli, her mother, Keri, and her father, John, a basketball coach; Christina Mauser, a school basketball assistant coach; Payton Chester, one of Gianna’s other teammates, and Payton’s mother Sarah were all named as casualties. The helicopter pilot, who has been named as Ara Zobayan, was also killed.

As people around the world look back on the lasting impact Bryant made, it is clear that his reach extended far beyond basketball. He inspired children through sports, film, and literature. That inspiration will live on for years to come.