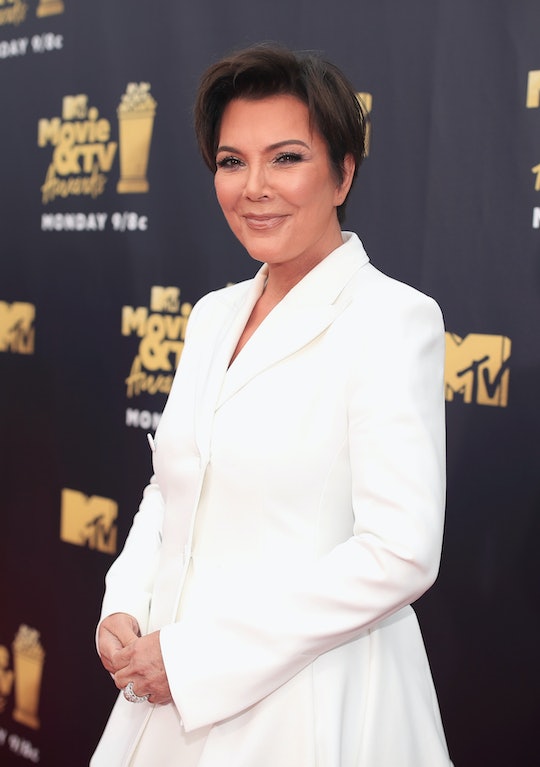 It’s always refreshing when celebrities use their platform to raise awareness of an important issue. This week, that comes courtesy of a high-profile momager: Kris Jenner is raising breast cancer awareness, thanks to her sharing her regular mammogram screening. On Wednesday night, she took to Instagram during her screening and encouraged followers to get theirs done in honor of the people in their lives.

As Jenner mentioned in her post, she knows the toll of breast cancer personally. Her mom, MJ, is a breast cancer survivor and, as she commented, “so are dozens of my friends.” Most of us have walked alongside someone who is going through a cancer journey, or at least given support from the wings, and we know how hard it is. The particularly poignant part of Jenner’s post is the reminder that getting screened, while not particularly fun, is really a gift you can give your loved ones. Being proactive is so much a part of the fight against cancer.

Later Jenner took to Instagram again to follow up, according to People. After the mammogram she had an ultrasound done on both breasts, which she explained “didn’t hurt at all just some pressure.” I often have to have ultrasounds done due to large lymph nodes so I can echo her comment, they aren’t bad at all.

Breast cancer is, besides skin cancer, the most common cancer in women, according to the Centers for Disease Control and Prevention. Among Hispanic women, it is the most common cause of death from cancer, and the second most common cause among other major ethnicities. While there are factors that go in to treatment, overall, the Komen Foundation has said that a main factor in survival is the stage of the cancer when it is diagnosed. Invasive breast cancers, when diagnosed in stage I and II, have a better prognosis than those caught later, or those that have spread to the lymph nodes.

It used to be that screening was recommended by the American Cancer Society every year, starting at age 40. But in 2015, new guidelines were set that recommended women who are at average risk of breast cancer should have the choice to have a mammogram if they wish from ages 40 to 44, have annual screenings from age 45 to 54 and every two years age 55 and over.

Other celebrities are also getting in on the fight to prevent the disease through testing and screenings. Modern Family's Sofia Vergara has shared photos from the mammogram testing center twice on her Instagram.

Sheryl Crow, Christina Applegate, Hoda Kotb, Melissa Ethridge, Edie Falco, and Kylie Minogue were all diagnosed with breast cancer and underwent successful treatment, according to Prevention. They’re now ambassadors in the fight against the disease.

But some women do choose not to get mammograms for a variety of reasons. CBS News reported that some women may be concerned about a chance of a false positive leading to more invasive testing that might not be necessary. Additionally, according to CBS News, also noted that mammograms don't catch all tumors, since denser breast tissue among younger women can obscure results, or slower-growing tumors in older women might not show up in time. That's why the American Cancer Society recommends breast self-exams starting in a woman's 20s, so she knows her own body is and on the watch for any changes she can quickly address.

It's absolutely true that every woman has a choice and we have to do what we consider the right thing. Nonetheless, mammograms seem to be the the simplest diagnostic tool we have at the moment, and are a relatively painless way to put your mind at ease for at least another year. And Jenner's latest post help reminds of just that.