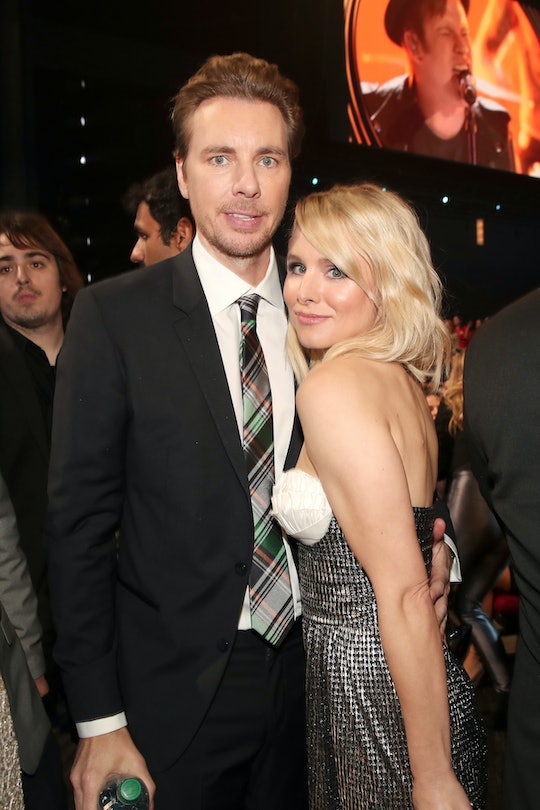 When you're a grown person, let alone a parent, birthdays tend to take on a new meaning. Whereas you once ate cupcakes with your class in school and had everyone you know doting over another year of your existence, getting older means things come into perspective, and for this funny Hollywood couple, their gift wishes are pretty simple. In fact, Kristen Bell and Dax Shepard both cried on his birthday for the sweetest reason ever, proving yet again they are the epitome of #CoupleGoals.

During a recent appearance on The Ellen DeGeneres Show, Shepard, who turned 44 on Jan. 2, opened up about all the struggles of having such an early birthday, as E! News reported. He went on to explain how, at the beginning of the year, nobody is really interested in partying anymore, the gifts have all been given, and he even struggles to get more than a handful of people to show up at his parties, given that everyone is just holiday-ed out.

However, it was then that his wife, Kristen Bell, asked the audience what they thought a "great spouse" would give the other one for their birthday. However, the sweet moment happened when Shepard himself responded.

"I would say please, please, please give that person love and support for 11 years. Give them two beautiful baby girls — and you're good," he said.

Of course, this is really sentimental given that Bell and Shepard already share two daughters, and have been together for over a decade. 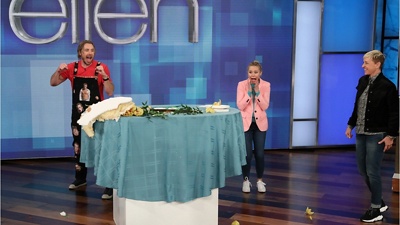 It's not the first time the couple has shared their relationship with the public. In fact, earlier in 2018, Entertainment Tonight reported that Bell shared a really sweet message praising her husband for his 14 years of sobriety, and for being an amazing father.

"I know how much you loved using. I know how much it got in your way. And I know, because I saw, how hard you worked to live without it. I will forever be in awe of your dedication, and the level of fierce moral inventory you perform on yourself, like an emotional surgery, every single night," she wrote on Instagram. "You never fail to make amends, or say sorry when its needed. You are always available to guide me, and all of our friends, with open ears and tough love when its needed most."

As for what makes their relationship rock solid, though? They attribute their success to hard work. Shepard told the TODAY show back in 2017: “I think that we’ve all consumed a lot of fairytales and romantic comedies and sitcoms... In that architecture, it seems that your main job is just to select the right person, and I don’t really think that’s the main job. I think that’s maybe the least important aspect of it, truly. I think it’s far more about the work that goes into it to make it good.”

Bell has echoed that sentiment as well. People reported she told Harry Connick Jr. that, in the first year of marriage, you are "working out your kinks." She explained: “We’d get in a fight, because we would fight a lot, and I’d, like, yell something then slam the bedroom door. Then I’d slam the front door, then I’d get in my car, and then I’d skid out the driveway and I would sit around the corner in my car and it felt so good... "I realized how incredibly toxic it was only after he pointed it out."

The point, of course, is that marriage — like anything in life — is a work-in-progress, something you have to actively try to improve. And on that front, Shepard and Bell seem to really have it together, even when they make each other cry.