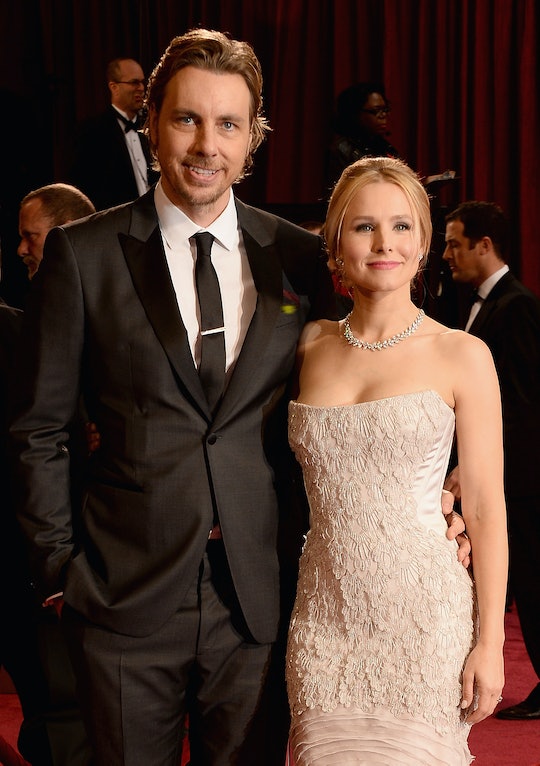 It can be hard to get in some quality time with your family these days. So, that's why Kristen Bell and Dax Shepard love taking road trips with their kids. When you're a working parent, family time can be difficult to pencil in your schedule. And, what better way to get to know your kids than being locked in a confined space with them for hours?

Recently, Bell explained to People that she and Shepard take eight to nine road trips per year because they grew up in lower-middle class families, who were often in the car for vacations. Because of this, Bell told People that being in the car with her own kids feels "nostalgic." She went on to explain:

It’s also really fun to get outside of your bubble and explore other states, other cities — the way other people live ... I also enjoy being in a contained, small space with my family. It forces us to talk, and relate to one another. It’s just a more intimate of spending time together while having an adventure.

Bell is definitely onto something; there are many benefits to taking a family road trip, according to Kid World Citizen, despite the possibility of tantrums. Family road trips provide kids with an opportunity to explore new places and develop patience as well as help build family bonds.

But, with a couple of kids stuck in a car for hours, some parents might think a road trip would be a terrible idea. Will they act up? Who wants to sit in a car filled with screaming and crying? For Bell and Shepard, the mom of two explained to People that they fortunately don't have that problem:

They’re very well behaved. They love road trips, because it’s all they’ve ever known. And taking a road trip with a kid in the 2000s is a lot easier, because you can turn on those televisions in the back when they’re going crazy and screaming. So there’s a lot of technological advances that make things easier for a road trip now than it was 30 years ago!

Wouldn't it be nice if every parent was blessed with a serene car ride with the kids?

For some, the kids may not actually be the problem. Even couples like Bell and Shepard have their bad moments. In fact, BuzzFeed previously reported that the two actually almost broke up on a road trip they took when they first started dating. During an appearance on Jimmy Kimmel Live!, Bell said that road trips have been a tradition for the couple and that they started early in the relationship. She then revealed that one of their first road trips was on a motorcycle and they were traveling from New York to Detroit, Michigan to visit their families.

Bell told Kimmel that during the road trip fight with her husband, it all started over picking music to listen to on the trip. Bell said that she and Shepard are both control freaks, so her choice of show tunes, without getting his say on the matter, did not go over well. It started raining on the ride, which didn't help the situation. Bell recalled:

Fortunately for fans, the couple did not call it quits over show tunes and a little rain. So, for those of you out there planning a road trip with your family, it may not be the kids you have to worry about.