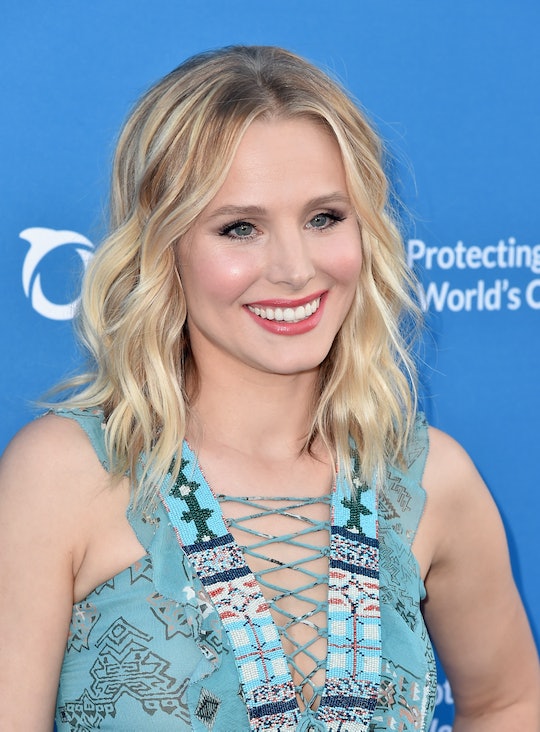 This just in: final proof that kids don't care what their parents do for a living. It turns out that actress Kristen Bell's kids don't like Frozen, despite the fact that their mother stars in the film. Yes, Frozen, the very Disney animated feature that has resulted in little girls across the country asking each other if they're an Anna or an Elsa. The movie that is so universally adored and adulated that it's a safe bet to buy a Frozen-themed birthday gift for a kid you barely know. Unless they're Kristen Bell's kids, that is, because they don't much care for it.

“They live to break down my self-esteem,” 35-year-old Bell revealed this week on Jimmy Kimmel Live. According to Entertainment Weekly, Bell told Kimmel about a recent incident in which her 3-year-old daughter Lincoln was sick and wanted to snuggle up and relax with a nice movie.

"Should we blow her mind and put on Frozen?" Bell's husband, actor Dax Shepard, asked. They did, and the result was interesting. Even though Frozen's main character Anna is voice-acted by Bell, Bell's daughter didn't want to keep watching. "About 15 minutes in, she said, ‘Mummy, I think you should turn this off.’ She didn’t like it,” Bell told Kimmel.

Ouch. Truth is, though, this isn't the least bit surprising to any parent who has suffered a similar humiliation at the uncaring hands of their totally blasé child. It doesn't matter if you're a dentist or an actress, an accountant or a supermodel —your child couldn't care less. Kimmel, who is also a parent, knew the deal. "I guess it makes sense. No one wants to hear their mother sing, right?” he asked sympathetically.

Bell herself, though, might be partially to blame for her daughter's anti-Frozen stance. During an interview with PopSugar last year, Bell revealed that her daughter Lincoln, who was two at the time, wasn't allowed to watch television because the American Academy of Pediatrics recommends against screen time for kids younger than two — "So their little brains can develop an imagination," Bell said. "I think we're the only household in America that hasn't been overdosed with Frozen."

All told, then, Bell really couldn't have expected little Lincoln to embrace Frozen when she's just beginning to acclimate to movies in the first place. Give her time. By the time Frozen 2 comes out (yes, production will begin next month!), Lincoln will already be planning her Anna Halloween costume.