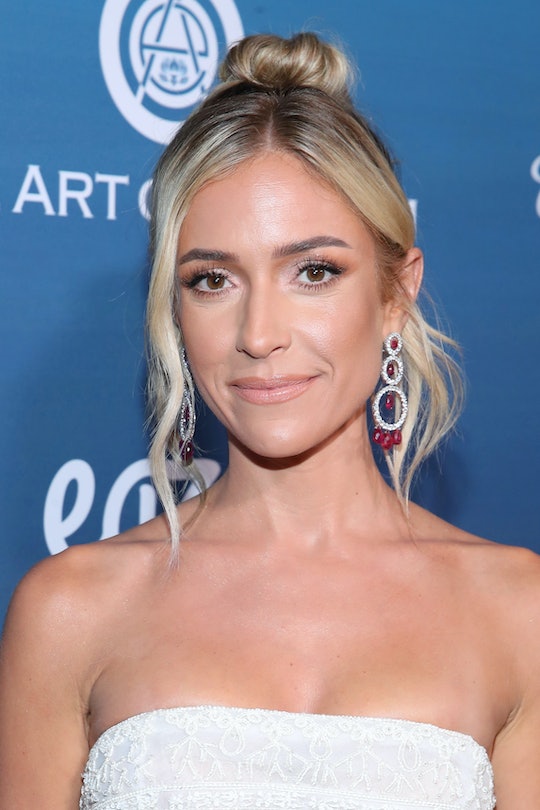 For The Hills alum Kristin Cavallari and football player husband Jay Cutler, it's all about working together as a team. The two have been married since 2013 and have three kids together all under the age of 10. And if that wasn't enough, Cavallari's business is booming. It can be easy to wonder how she's able to find that elusive work-life balance, but, luckily, she's not keeping it all to herself. Kristin Cavallari gets honest about being a working mom and finding the right balance and it's something that moms with support systems in their lives will understand all too well.

It was Hillary Clinton who famously said, "It takes a village to raise a family," and this exactly the point Cavallari is making when she talks about the support she gets from husband, Cutler.

"It can be hard at times, to be honest," Cavallari said reporters at Art of Elysium’s Heaven Gala in Los Angeles on Saturday, January 5, according to Us Weekly. "I couldn’t do it without Jay as cliché and annoying as that probably is, it’s very true. I mean, he’s home with my kids right now. He’s been doing a lot of the pickups at school.”

At the moment, Cavallari is busy with her popular lifestyle brand, Uncommon James. And Cutler is taking a much needed break from an eight-season long football career, according to Us Weekly.

It's still up in the air if Culter will go back to football. When asked by Cavallari in a recent episode of their reality show if he was officially done, Cutler said, "I mean — I can’t say 100. Probably." So you never know how that could potentially affect things in the future.

As with many couples, when work flow begins to ebb and flow the other partner will fill in the gaps.

"He’s worked his ass off for so many years. I’m gonna let him have his moment, enjoy doing nothing and he’ll figure it out," Cavallari told Us Weekly. "We’ve sort of switched roles. My career has really picked up, so it’s been great 'cause I couldn’t do it without him. He’s really hands-on with the kids, and he’s able to pick them up from school if I can’t, all that stuff. So it’s been really nice."

Slowing down is something Cutler is not used to since he played football without taking any breaks until 2017, according to People.

But his sense of humor and laid back attitude has captured the hearts of fans as they watch him interact with his family on the couple's reality show, Very Callavari, according to People.

"Coming from the football world where people didn't get his personality, it's been really nice for me and him [to have fans] appreciate him and see the real side of Jay,” Cavallari told People. "He's been having fun with the show. Now that he sees he had a really positive reaction, he's been having a good time with it."

In his spare time, he's been planting trees and finishing up house projects in their newly purchased farmhouse in Tennessee — a far cry from his days as a quarterback for the Miami Dolphins and Chicago Bears, Variety noted.

Cavallari, 32, just celebrated her birthday, E! News reported, and, judging by the pics, her and Cutler are still very much smitten with one another.

So, will Cavallari and Cutler continue their track record for double teaming family duties? It sure seems like it because it sounds like it's working for them. But to know more, fans can tune in to Season 2 of Very Cavallari, which is slated to premiere on E! in March.