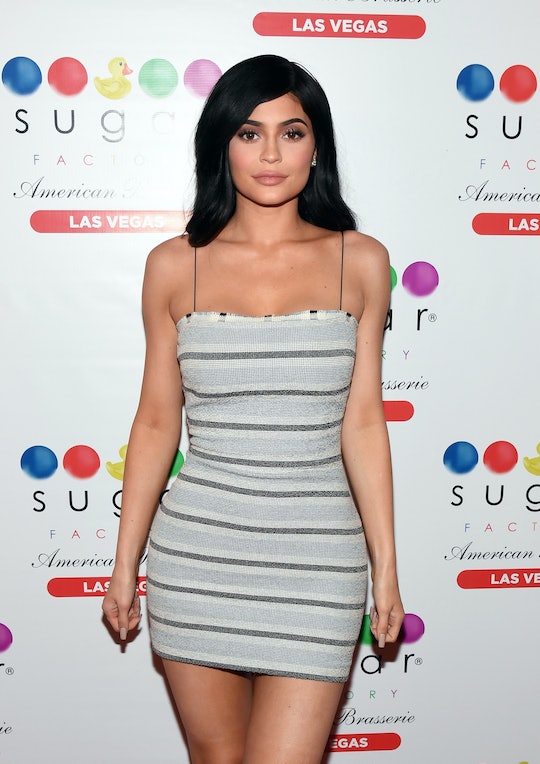 These Kylie Jenner Halloween Costumes Are Actually Fun & Not For Jerks

This Halloween, plenty of people will get costume inspiration from America's first family: the Kardashian-Jenner group. After a decade in the spotlight, this family is still the subject of intense pop culture fascination, with young Kylie Jenner rising to fame in the past few years. However, Jenner's portrayal in the world of Halloween costumes has caused some recent scrutiny. To play fair, there are many Kylie Jenner Halloween costumes that are fun and not offensive. You can dress like the star without resorting to questionable costume choices.

First, a review: at age 20, Kylie Jenner has practically grown up on the reality television show Keeping Up With The Kardashians. But she's also a businesswoman in her own right. In 2016, the social media star launched her makeup line, Kylie Cosmetics, which has generated millions in sales from its Kylie Lip Kit, according to Biography. With her success from the show, endorsements, cosmetics, and lifestyle apps, Jenner is a highly influential figure on the pop culture scene.

So when rumors of Jenner's potential pregnancy broke on TMZ in September 2017, the internet lost its entire mind. Although Jenner has yet to confirm or deny these pregnancy speculations, the news launched countless tweets, blog posts, and other reactions. To cash in on this news, clothing company Yandy launched the reality star in the making costume, featuring a faux pregnant belly and spaghetti strap dress. Although no names are dropped, the selfie-taking model in the costume's ad bears an uncanny resemblance to Jenner. (Side note: Yandy also sells a sexy minion costume and a sexy IT clown costume, so there are plenty of other options for ridiculous sexy costumes if that's your jam.)

The backlash against the pregnant Kylie Jenner costume has been immediate and intense. Leah Collie of Mashable shot down the costume for "mocking a young celebrity for getting pregnant," while Kelli Boyle of Elite Daily noted that Jenner's fame does not "make it OK to exploit and sexualize the extremely personal experience she's going through." Even wealthy celebrities still deserve privacy and respect in these matters.

If you still want to dress as the Lip Kit Queen — and that's totally cool — there are ways to portray Jenner in a funny, lighthearted way that don't reference her reproductive choices. You can pay homage to the reality star, or even spoof her fame and fortune, in a respectable way. Read on for costume inspiration befitting a young reality star.