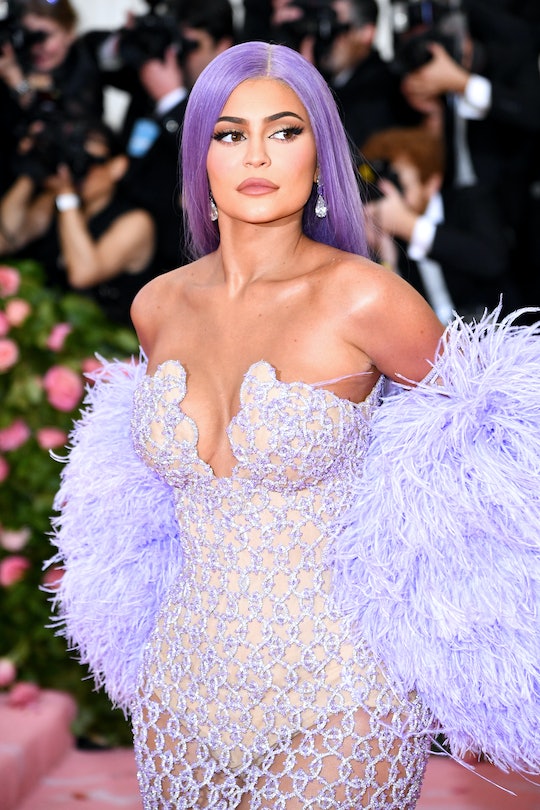 The Kardashian family is always growing and fans now have a whole new generation to watch as they get older. Currently, Kim Kardashian, Khloe Kardashian, Kourtney Kardashian, Rob Kardashian, and Kylie Jenner all have children of their own. Kim recently welcomed a fourth child, Psalm, into the mix and fans of the Kardashian clan are already looking forward to the next Kardashian-Jenner baby. Some speculate that it may be here sooner, rather than later for a pretty interesting reason, actually. You may have heard that Kylie Jenner pregnancy rumors are swirling today and it's because fans heard something kind of telling in the background of an Instagram video.

On Thursday, June 27, Khloe celebrated her 35th birthday surrounded by family and friends. The celebration was well-documented on social media — perhaps a little too well-documented. According to Elle, Khloe shared an Instagram Story from her birthday party, in which a woman can be heard proclaiming, "I'm pregnant!" and fans are convinced it was Kylie.

It appears the 21-year-old may have attempted to do a little damage control, though. Not long after the video was posted to Khloe's account, Kylie posted an Instagram Story of her own showing what looks like a cocktail. She didn't say any more about the rumor and it's unclear if she intends to, but fans have their theories, of course.

Really, a lot of fans are kind of convinced it's Kylie saying she's expecting in the clip, and have taken to social media with their curiosity.

Kylie is notoriously private, especially when it comes to pregnancy. She managed to keep her first under wraps until after Stormi was born. She has, however, made no secret of the fact that she'd like another baby and it seems like she's ready to get started soon. In April, she wished boyfriend Travis Scott a happy birthday on Instagram and included a pretty NSFW message about their baby plans, according to PopSugar, that left fans buzzing.

"Watching you evolve into the partner, friend, son, and father you are today has been so fulfilling," she captioned a gallery of photos of herself, Scott, and Stormi. "My real life bestie & hubby all wrapped into one. I love you and I'm so proud of you. Happy happy birthday. Let's f--- around and have another baby."

The following month it was reported that the beauty mogul talks often about baby #2. In fact, a source told E! News she "feels like she was truly meant to be a mother," noting that she and Scott weren't in a major rush, which makes sense given their busy schedules.

Kylie isn't making her desire to have another baby with her beau a secret, but she'll probably keep any pregnancy plans under wraps when and if she does get pregnant again. Fans will just have to keep up with the Kardashian-Jenners for more baby updates. In the meantime, let's all just enjoy watching Stormi grow up on social media, on Keeping Up With the Kardashians, and elsewhere online, because that kid's a cutie.