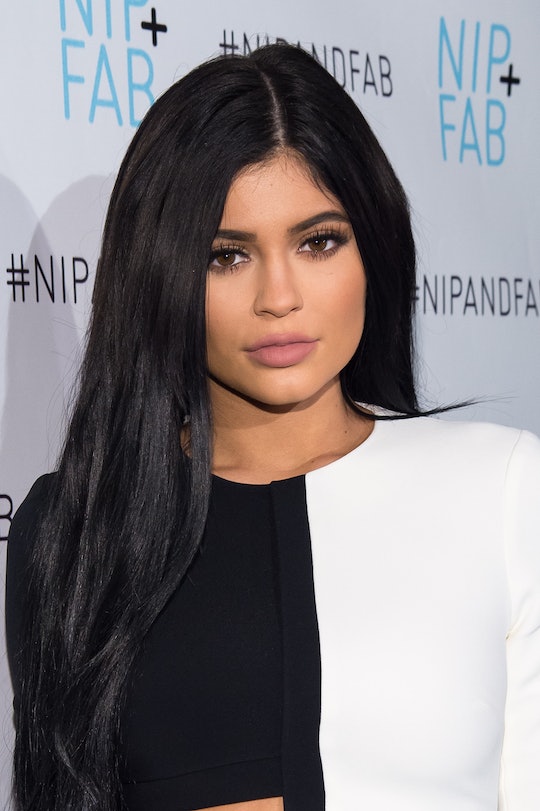 As you probably haven't been able to avoid hearing by now, Keeping up with The Kardashians star Kylie Jenner has a new diamond ring from boyfriend Tyga, which he gave her as a Christmas gift. Jenner shared photos on Instagram, Twitter, and Facebook, then quickly shut down engagement rumors, insisting it was just a gift, nothing more.

While a huge diamond ring certainly seems like something to talk about, many commenters on social media seemed more concerned about Jenner’s dog, Norman. Jenner posted a photo of herself posing with Norman on both Facebook and Instagram, holding him in her ring-clad hand. Commenters were quick to malign Jenner while showing concern for Norman, an Italian greyhound, who is on the slender side.

“Go sell your ring and feed your dog, if you're anorexic don't do it to your dog,” one concerned Facebook user wrote. Another user wrote: “And a HUGE diamond ring on her finger. I don’t give a flying flip about the Kardashians, but with all that money she needs to feed her dog!” One commenter marveled at the juxtaposition of Jenner’s large lips with her small dog, noting, “I say start feeding your dog… and bring it down a level on the lips!”

Admittedly, little Norman is a bit slender, but he’s a greyhound; that’s how they’re built.

Turns out these canine-related concerns have some history; back in November, TMZ published an article about this Snapchat video, which shows Norman and Bambi, Jenner's other Italian greyhound, playfully jumping up on Jenner:

The video had Jenner's followers so concerned about what they perceived to be the too-skinny dogs that reports were made to Los Angeles County Animal Control, and Jenner was subsequently investigated, according to Your Daily Dish.

While anyone familiar with Italian greyhounds would surmise that Norman and Bambi are healthy, it is nice to see celebrity gazers at least as interested in Norman's well-being as they are in Kylie's rock.

It can be said with some certainty that Norman and Bambi will stick around for awhile. How do I know this? Because they have their own Instagram account, of course.