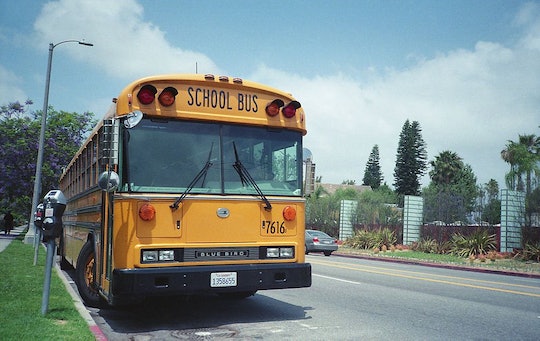 A number of Los Angeles schools closed Tuesday morning after a school board member received information electronically about a bomb threat, according to the Los Angeles Times. It's unclear which school board member received the call or on which Los Angeles Unified School District campus the threat was located. Ramon C. Cortines, the superintendent of schools, told the New York Times that he would keep campuses closed until police had searched and cleared them all.

The district is the second largest school district in the state, with more than 900 schools and 640,000 students, according to the BBC. The threat set Cortines and other school officials on edge because it came just weeks after two people opened fire on the Inland Regional Center in San Bernardino, California, killing 14 people and injuring 21 others, according to CNN. The Los Angeles Police Department told the BBC that it could not confirm the validity or specificity of the threat. A spokesperson for the school district said, regardless, the district was operating on "an abundance of caution," according to the BBC.

Cortines said there have been a number of bomb threats in the L.A. area recently, but that this one raised more concern because it was made to many of the schools and not just one, according to the New York Times:

Some of the details talked about backpacks and other packages. After talking with (the police), also with the board president, I made a decision to close all of the schools.

Officials traced the electronic communication, which they have since said was an email, to Frankfurt, Germany, according to the New York Times. As LA officials investigated the threat, New York City officials revealed that they had received a similar email, which they deemed a hoax, according to NBC News.

De Blasio called LA officials treatment of the issue a "significant overreaction," according to the New York Times. Regardless, Cortines said in a press conference Tuesday that he stood by his decision to close schools, citing student safety as his first concern, according to the LA Times. Both the FBI and Los Angeles law enforcement officials are sweeping the district's schools. Such a sweep will will take most of Tuesday because there are so many schools in the district, according to NBC San Diego. Schools will likely open back up Wednesday.

De Blasio said the email sent to schools was generic and "outlandish," according to the New York Times. He said the email appeared to have been written by someone claiming to be an Islamic extremist, but the word "Allah" was not capitalized — a mistake that authorities said a real extremist would not have made. Further, the email referenced a very widespread attack. Authorities said the lack of specificity also undermined the email's credibility, according to the New York Times.

Still, it makes sense that Cortines and LA officials reacted in the way that they did given the size of the San Bernardino attacks. San Bernerdino Valley College also canceled classes Monday because of a bomb threat, according to NBC San Diego, proving that the entire area is on high alert after the tragedy.