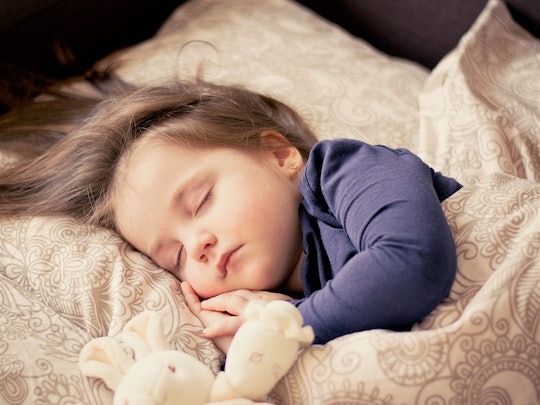 Getting your little one to sleep on time — and throughout the night — is a challenge with which nearly every parent can relate. There are the immediate effects of poor sleep, such as a cranky baby in the middle of the day or a wave of inconvenient timings for napping and feeding. But, as new research has shown, lack of sleep affects kids later in life, too. And it’s pretty major for their future health.

According to the study published by The Journal of Pediatrics earlier this month, children who sleep less may age faster at the cellular level, which can put them at a higher risk for physiological stress and impaired health. Or as IFLScience.com wrote of the study, “a lack of sleep during childhood causes their DNA to degrade faster than it otherwise would.”

Researchers from various prestigious American universities across the nation analyzed data from more than 1,500 9-year-old children born between 1998 and 2000. To get to their findings, they examined their “telomere length” — protective caps on the ends of the strands of DNA called chromosomes, according to Stanford Medicine — and compared it with the amount of sleep the children got.

As New Scientist reported, "short telomeres have been linked to cancer, heart disease and cognitive decline." And although these children didn't show signs for these diseases, Sarah James from Princeton University, one of the researchers, told New Scientist that they "may have a higher risk of developing these disorders in later life."

In addition to not getting enough sleep, an accelerated rate of shortened telomeres can also be influenced by other lifestyle factors, such as poor diet, smoking, obesity, or lack of physical activity, according to the National Center for Biological Information. In elderly people with shorter telomeres, for example, the NCBI notes that they have three and eight times increased risk to die from heart and infectious diseases, respectively.

According to the National Sleep Foundation, newborns should sleep anywhere between 11 and 19 hours per day, while toddlers and pre-schoolers should average about 11 to 14 hours of sleep each night. However, too much sleep could also be harmful to your health, so it's important to clock in the appropriate amount of hours per night.

As New Scientist reported, it's not clear right now whether shortened telomeres can be reversed with additional sleep, but the researchers are confident that their findings prove just how vital quality sleep is for a child's future health.