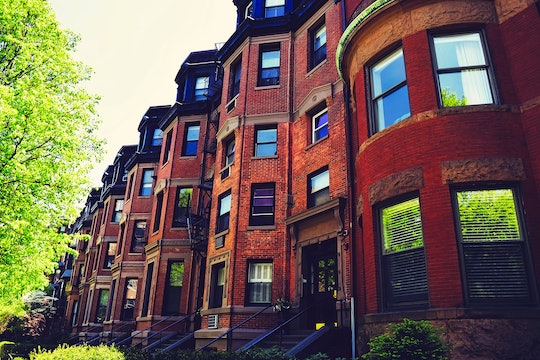 Landlords Are Illegally Denying Parents Housing & The Reason Will Infuriate You

When you're a parent, your child's safety, security, and happiness are always on your mind. You do your best to meet their needs, and to make sure they have a warm bed to call their own. But, for some families, securing a safe place to live seems an impossible task. In many cities, parents struggle to find housing because of this illegal practice: Denying rentals based on familial status.

On Wednesday, the New York Daily News ran an exposé on landlords in New York City who refuse apartments to families with kids. According to the article, the prevailing belief among property owners is that children are inherently noisy and will cause disturbances. Many parents in New York City looking for new housing are then left to either continue living in hostile situations or risk homelessness, the Daily News reported.

But this discriminatory practice is against federal law: The Fair Housing Act explicitly prohibits landlords from denying housing to applicants based on familial status. That means property owners and rental agents cannot turn away or evict a person if they have a kid or are pregnant, nor can they advertise their buildings as "adults only." The law applies to all rental properties except for small homes where the owner lives or housing designated for people ages 55 and older, according to The Balance.

New York families aren't the only ones facing housing discrimination. In June, the Boston Globe reported that parents in the Boston area are often turned away from even viewing apartments because of their kids. One mother told the Globe that, despite being in a far better position financially and professionally, she "couldn't even get called back, much less see a place" because she has a son.

And in March, the U.S. Department of Justice sued the landlords of three apartment buildings in Edmonds, Washington for denying rentals to families with children. According to the DOJ, the owners and manager of those properties violated the Fair Housing Act by refusing housing on the basis of an applicant's familial status, as well as by advertising their apartments as "adults only." The suit was brought on behalf of a local family who asked the U.S Department of Housing and Urban Development to investigate the matter; HUD issued a charge of discrimination shortly after and referred the case to the DOJ.

The illegal practice of refusing housing to families is unique to the United States, either. The CBC reported in 2015 that families in Canada, which has similar housing protection laws, are continually denied housing because of their children.

Following the Daily News report, New York Governor Andrew Cuomo has asked the New York State Department of Homes and Community Renewal to investigate landlords who discriminate against families with children, according to the Albany Times Union. Cuomo said of the probe request,

Housing discrimination violates our core New York values of equality and fairness, and we will not stand idly by and allow this intolerable behavior to continue. Rest assured, New York will always stand up for renters and fight for their rights and protection.

Cuomo's move is an important one. The DHCR is already investigating discriminatory landlord behaviors in the state; adding familial status to the scope of its probe sends the message that the rights of families also matter. Too often, parents are shamed and shunned in stores, in apartment buildings, and at restaurants. Their children are scorned for existing in a public space — or existing at all.

It's frustrating to know that my son could be considered a "deal breaker" if and when we look for our next apartment. It's especially frustrating because most of my neighbors have been loud, obnoxious childless people who partied way too loud, way too often. Who makes a better neighbor, someone who litters your front yard with beer cans, like my neighbors did at my last apartment in Austin, or a kid who may cry once in a while?

More Like This
Meghan Markle Faced “Disgusting & Very Real” Threats While Living In The UK
'Workin' Moms' Has An Official Release Date For Its Final Season
'Wednesday' Creators Say They're "Talking Amongst Ourselves About Season 2
Quinta Brunson Credits Her Parents For Her Confidence, Now & As A Kid