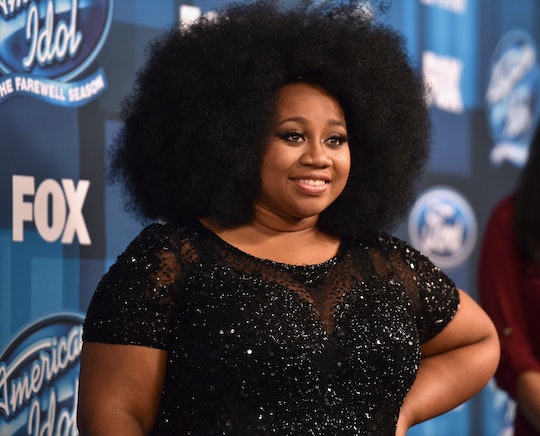 Last night American Idol broadcast its final show, but rather than being a moving resolution of the decades-long franchise, it left many viewers bitter. It's no surprise there was a loser, but some were surprised at who it was. La'Porsha Renae's American Idol loss proves why you need to vote.

Trent Harmon and La'Porsha Renae couldn't be more different. They are both incredibly talented and charismatic, but Renae has had a strong following since the beginning of the season because her bold vocals seem to be the manifestation of her moving backstory. She spoke candidly about her own experience with domestic abuse and single motherhood on Idol, and that candor brought her closer to her audience. She was easy to root for: talented, beautiful, and working hard to achieve her dream against seemingly insurmountable challenges. She embodies those denied a voice in this country, so she seemed like the perfect person to win American Idol to prove that the American Dream the show was modeled after is still somewhat alive and well.

But, it didn't quite play out like that. Renae, portrayed as the favorite and a shoe-in, lost most likely because it seemed so certain she would win the crown that people did not vote. In a sea of millions of viewers, one little vote by text can seem insignificant, but they add up. In this case, they didn't add up to enough, and Renae's legions of supporters, who may or may not have voted themselves, felt robbed.

At start of last night's finale, President Barack Obama made an appearance. This was a night of cameos, but his was different. Obama said that Idol “transformed television” and “reached historic heights” by bringing together legions of viewers from all over the world who all felt invested in the outcome of this competition for stardom. After praising the show's longstanding success, he moved on to his main point. He said, “not all of us can sing like Kelly Clarkson,” but “all of our voices matter.” He appeared on the show to encourage Americans to vote not just for American Idol, but in the upcoming presidential election.

The irony of this situation is that even those following American Idol for one reason or another decided not to vote and then felt wronged by the outcome. By not voting, they chose the outcome. They may have felt Renae deserved it more and that it was just bound to happen, but even things "bound to happen" can't without the right number of votes. What better psychological experiment for the presidential elections. And what better way to show the importance of voting.

Fans may be upset about the outcome of Idol, but in time, it will pass. Apparently, Renae has already signed a record deal despite her loss. The presidential elections won't be so easy to reverse or ignore. No matter how much you support a candidate or how much you think they are a shoe-in — vote. Public opinion is irrelevant without action.