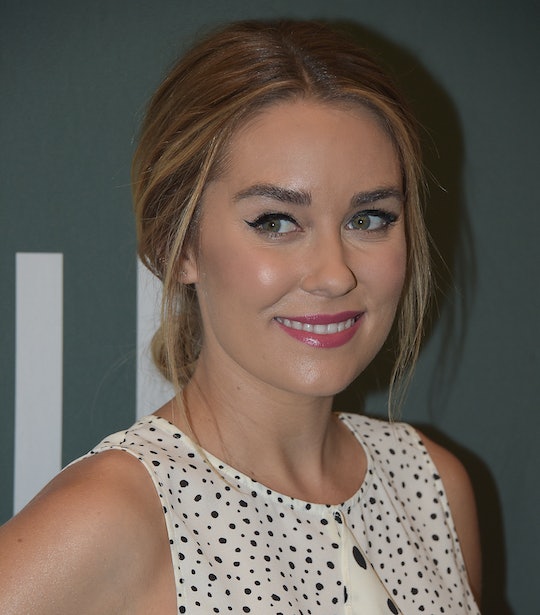 Lauren Conrad Has The Best Quotes About Her Son

If there is one thing that early-2000s reality television can teach us, it is this: Lauren Conrad is flawless. Seriously, even when she was going through her breakup with ex-BFF Heidi Montag, Conrad managed to still maintain class, wit, and an incredible sense of wisdom about it all. And now that she is officially a mom, Conrad has become even more insightful, as if that was even possible. Seriously, Lauren Conrad's quotes about her son will have you thinking that Conrad was born to be a mom, in the best way.

On July 5, 2017, Conrad and husband William Tell welcomed their first child together into the world. Writing on her website, Conrad shared the happy news, announcing: "William and I are thrilled to share that on Wednesday, July 5th we welcomed Liam James Tell into the world. He is 6 pounds, 14 ounces and 20 inches long." Since then, Conrad has shared updates on her new life with son Liam, and the author, designer, and overall goddess seems to be completely smitten with the little guy. Even though Conrad has only been a mom for just over two months, her quotes about motherhood thus far and how much she loves her son are all seriously astute, and adorable.

On Her Favorite Time With Her New Son

Speaking exclusively to People, Conrad revealed her and Liam's new bonding time. "His last nighttime feeding is right around when the sun comes up, so I sit and feed him and watch the sun rise,” she said. She then went on to explain how much she treasures those moments with Liam:

He’s funny to watch — he makes really funny little expressions. I’m already stressing out because I want him to stay this tiny and I know he won’t. So I’m just trying to enjoy how itty-bitty he is.

On Knowing Exactly What Values She Wants To Instill In Liam

Conrad isn't shy when it comes to the important lessons she wants to teach her son. She also told People how important it is for her to teach Liam to respect women. "I want to be strong and teach him to respect women," she said, explaining that, "the mother-son relationship is so important."

On The Joys Of Raising A Boy

Conrad admitted to People that she couldn't wait to find out the sex of the baby before giving birth. “I always hoped I would have a boy,” she said. “Boys are so fun. I was a tomboy, and I always play best with boys. When we found out, I was so excited.”

On Encouraging Liam To Dream Big

While Conrad was pretty adamant that she would likely steer clear of anymore reality television, she insisted that she would understand if Liam wanted to look into it in the future. "It’s not something I would encourage, but I want to support him," she said.

Clearly, Conrad is nailing the whole "motherhood" thing, and is easing into life with a baby quite beautifully.