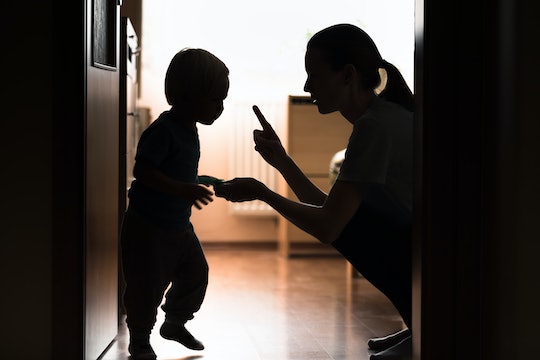 One part of the United Kingdom is taking a stand against physical discipline, as the Scottish Parliament voted to ban spanking children in Scotland. The decision is a part of the region's efforts to better align itself with the United Nations' guidelines for recommended discipline, and it marks a major shift in how citizens are encouraged to approach behavioral management in kids.

The new legislation will make it a criminal offense to spank or apply physical discipline to a child, according to The Telegraph. Scottish parliament voted 84 to 29 in favor of the move, according to USA Today, despite a recent poll of 1,546 adults from across the United Kingdom showing 57 percent opposed such a law, according to The Independent. Still, the law passed, making Scotland the first region of the UK to enact a ban on spanking, according to HuffPost.

Joanna Barrett, head of Scotland's National Society for the Prevention of Cruelty to Children (NSPCC), praised the decision, stating, according to The Scottish Sun: “It’s a common sense move that closes an archaic loophole and ensures that, finally, children in Scotland will have the same protection from assault as adults."

The move also brings Scotland up to speed with the United Nations' recognition that children are the holders of basic human rights, such as the rights to dignity and protection. Furthermore, a 2015 report from the United Nations urged the UK to criminalize the smacking of children, as HuffPost reported. In the report, the UN recommended the UK should stop smacking in "all settings including the home" and "encourage non-violent forms of discipline instead," according to HuffPost.

The new regulations "give children the same legal protection from assault that adults currently enjoy," says John Finnie, the Scottish Parliament rep who introduced the proposal according to USA Today. "I hope that Scotland will take this opportunity and then it can say with some justification that it’s the best place for a child to be brought up."

Under old Scottish law, parents and caregivers were able to use “reasonable” force to manage kids' behavior, according to Metro.

No less than 57 other countries have already banned physical discipline against minors, with Sweden outlawing smacking first, back in 1979, according to CNN.

On this side of the pond, physical discipline is still allowed at home because although the U.S. signed the UN Convention on children's rights, it didn't "ratify" it into law, according to The Economist. So physical discipline for children is still allowed at home, and even at some schools according to state, even though the American Academy of Pediatrics (AAP) released some very clear findings against it in 2018.

The AAP, the body that governs pediatricians, warned that repeated use of physical discipline can result in even more aggressive behavior in children, increased aggression in school, and an upped risk of mental health disorders and cognitive issues.

Of course, this continues to be a hot-button topic issue for many parents. But no matter where you might stand on the issue, I think most can agree this is an interesting development for the UK.