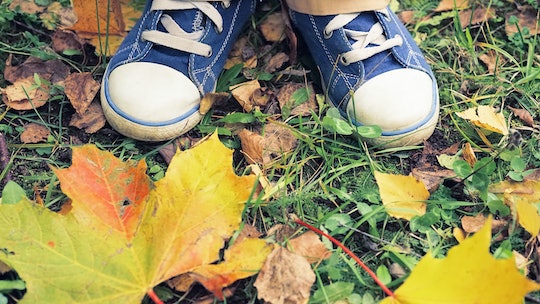 Top Texas politicians are getting publicly involved in two parents' dispute over their 7-year-old's gender identity after a judge ruled Thursday that the couple would maintain joint custody of the child. While top Texas Republicans like Sen. Ted Cruz and Rep. Dan Crenshaw have publicly weighed in on the case, other conservative state officials have reportedly gone so far as to direct Texas' child welfare agency to investigate the mother, who believes the child to be transgender, for alleged child abuse.

In a letter sent Thursday to the Texas Department of Family and Protective Services (DFPS), First Assistant Attorney General Jeffrey Mateer alleged that "the children at the center of this dispute are in immediate and irrevocable danger." He asked DFPS to act "to protect the boy in question [from] permanent and potentially irreversible harm by his mother." A spokesperson for the Attorney General of Texas tells Romper they "are letting the letter speak for itself."

Mateer's letter to DFPS comes one day after Texas Gov. Greg Abbott tweeted that "the matter of 7 year old ... is being looked into by the Texas Attorney General’s Office and the Texas Department of Family and Protective Services."

A spokesperson for DFPS tells Romper the agency has "received the Attorney General's letter" and that "a review of the allegations is under way." Gov. Abbott's office did not immediately responded to Romper's requests for comment.

In a legal battle that has reportedly stretched on for more than two years, the child's mother, pediatrician Anne Georgulas, has maintained the 7-year-old was diagnosed with gender dysphoria and should be affirmed by their father as a transgender girl, according to BuzzFeed News and court documents made public by the child's father.

The father, applied mathematician Jeffrey Younger, has argued the child is male. In a 333-page "dossier" written about the dispute, Younger alleged that the child only has female preferences around Georgulas because she "gives [them] love if [the child] acts like a girl." Younger has also claimed that "affirming a son as a girl violates [Younger's] Christian religious beliefs" and that Georgulas "seeks to chemically castrate [their child] by hormone suppression of puberty."

It should be noted, however, that according to The Dallas Morning News, a judge presiding over the case noted in a ruling issued Thursday that no order for puberty blockers or hormone therapy had been filed by Georgulas. Court records have also shown that Georgulas asked the judge to mandate that any such treatment require mutual written consent from both parents, The Dallas Morning News reported.

While Gov. Abbott may be the first politician to attempt to intervene in the parents' dispute, he isn't the first politician to comment on the case. On Tuesday, Rep. Crenshaw publicly tossed his support behind Younger, tweeting that he hoped Younger "received the public support he needs" as "a 7 year old can't possibly make this decision or understand it." What's more, he called a jury's recommendation that Georgulas be given sole managing conservatorship "heartbreaking" and argued it set "a horrible precedent."

The following day, Sen. Cruz took to Twitter and argued that 7-year-olds don't have "the maturity to make profound decisions like this" and implied the child was being "used as a pawn in a left-wing political agenda." It's worth noting here that research has shown that children are able to know their gender identity prior to puberty. The senator also claimed it was "nothing less than child abuse" to "subject such a young child to life-altering hormone blockers to medically transition their sex."

Although such public comments may be helping Republican politicians curry favor with their conservative base, LGBTQ advocates tell Romper it's inappropriate for public officials to attempt to score political points by weighing in on a family's private dispute.

"Transgender youth are among the most vulnerable members of the next generation, and [it's] critical we listen to childcare and medical experts who consistently urge us to provide each one with the support and love they deserve," Gillian Branstetter of the National Center for Transgender Equality tells Romper. "It's wildly inappropriate for anyone to try and score political points by inserting their disagreement with those experts into a private family matter."