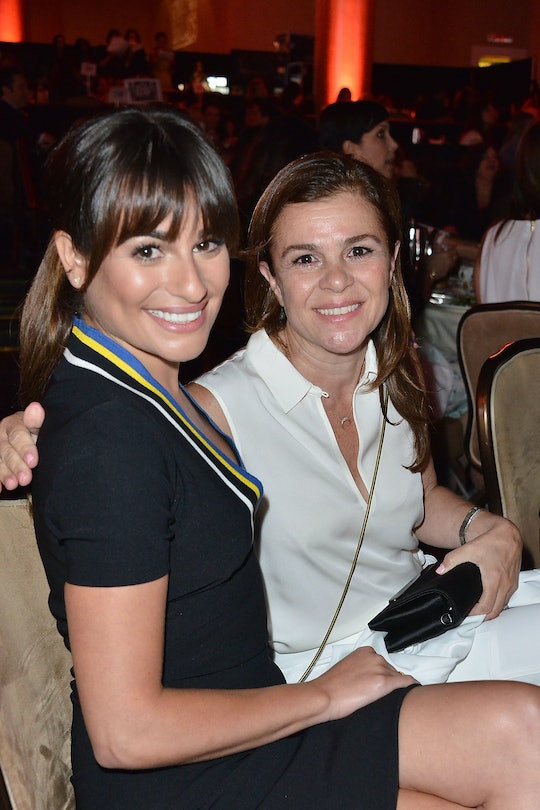 This Mother's Day, actress and mom-to-be Lea Michele shared a beautiful pregnancy photo featuring her own mother. News that the Glee star was expecting her first child with her husband Zandy Reich broke back in April, but she only confirmed the news herself earlier this month, making her Mother's Day post, which included her wearing a very pretty summery maternity dress, extra special.

"The best Mother’s Day with the best mother in the world. I love you mom," Michele captioned the sweet photo of herself and her mother, Edith Sarfati, on Sunday, May 10. This new post is one of two maternity photos that the mom-to-be has shared since a source close to the couple told People she and Reich, who've been together since 2017 and got married in March 2019, have a baby on the way. "They’ve always wanted to be parents," the source told People in April.

Earlier in May, Michele confirmed the pregnancy reports that had surfaced with another beautiful photo that featured her bump in a blue dress. "So grateful," she captioned that post.

Aside from that confirmation and her newest pregnancy photo, Michele and Reich have not shared any additional information about their baby-to-be. So while fans don't know when Michele is due, the sex of their baby, or any of the other exciting information that comes along with a pregnancy announcement, they can likely look forward to getting more details once the big day approaches, whenever that may be.

Until then, Michele seems to be taking it easy at home, wearing fabulous dresses, and documenting her pregnancy with some beautiful photos.