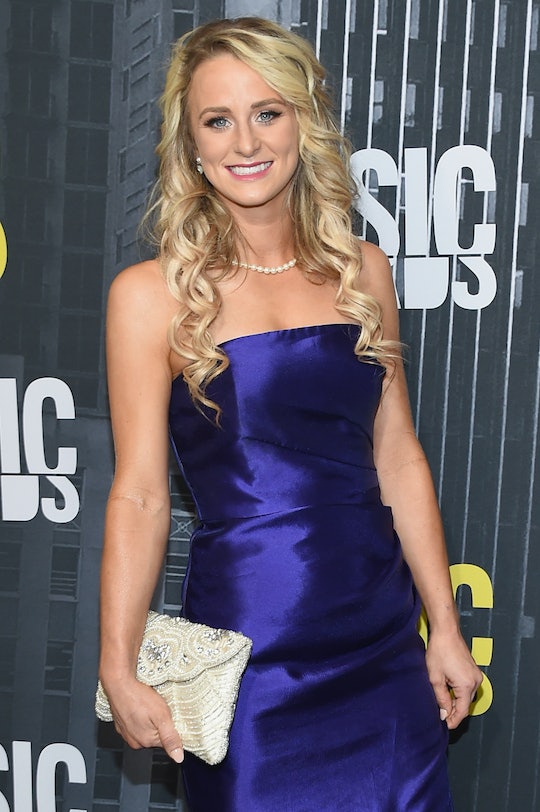 She's been through multiple exes, baby drama and, most recently, a kid's health scare that included a stint in the hospital. So you'd think the news that your little one is going to be visited by the tooth fairy for the first time would be relatively easy to handle... but, not for this nostalgia-filled reality TV mom. Leah Messer's tweet about daughter Addie losing her first tooth shows mama is emotional about this milestone.

As In Touch Weekly reported, Adalynn (Addie for short), Teen Mom 2 star Messer's 6-year-old with ex Jeremy Calvert, and her youngest child, was really sick only last month, in the ER for an infection and swollen lymph nodes. Messer asked for prayers on social media, and thankfully, fans got to hear that Addie was doing just fine only a short time later.

Now, though, comes the big jolt for moms of little kids like Messer: The loss of the first baby tooth. See, once that baby goes, the rest aren't far behind, signaling your once-tiny cutie is turning into a big kid. It's enough to make even the steeliest mom a bit weepy, so I totally feel her pain (even though my 7-year-old has yet to lose one chopper, poor thing. She keeps asking when it will happen. When the Tooth Fairy comes, though, I'll be a mess).

The Teen Mom 2 star both tweeted and posted on Instagram about the mixed happiness and sadness of the big day, noting on Twitter that she "held [Addie] a little tighter last night. Don’t blink, I’m telling you the time goes by sooo fast."

Messer's Twitter followers sure related, with one commenting, "I am upset and having anxiety over my last one starting kinde[r]garten😭 this is my last time my last baby my last first day of kindergarten😭😭😭."

"Oh mama it's just more realization your baby isnt a baby anymore even though they will always be your baby!" another user added. "It goes faster and faster every year."

Meanwhile a mom with teenagers intoned that, "Teenagers are busy and parents aren’t what is important. We all remember. Empty nest syndrome is REAL. So YES, hold them a little tighter. Remember to remember these moments. It goes fast..."

This must be an exciting time for Addie, and hopefully, Messer will reveal what prize was left under her daughter's pillow for this introduction to the tooth-losing game. (You'd be surprised at how lavish these things can run. My kids have far more practical fairies in our zip code, than some of which I've heard.)

It's especially nice to see Addie looking so well, since after her hospital stay last month, Messer's camp revealed to Us Weekly that the little girl had mono. "Even though she’s sick she was making everyone laugh in the ER. WHAT. A. DAY. Keep our girl in your prayers! 🙏🏼," Messer shared on Instagram.

Messer, who's also mom to Aliannah and Aleeah, 9, her twins with ex-husband Corey Simms, as Us Weekly confirmed, has a new podcast, Life Reboot, co-starring Lindsay Rielly and Brian Scott.

The motivational project has Messer excited, according to Us Weekly. "That’s my role in the podcast … It’s to share what I have [gone] through and what I’ve learned ... and every high and low in my life, and that’s what I’m most excited to share and truly help others … that may be going through the same things," Messer explained to the magazine.

Glad to hear it sounds like Messer is doing so well, and looking on the bright side... until Addie's next tooth goes, that is.