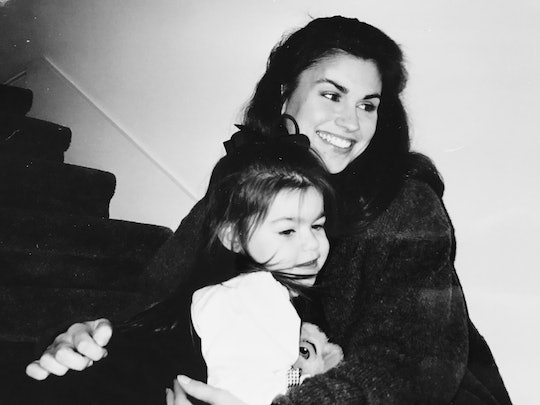 Learning My Mother Through Her Playlists

About a year ago, my mother’s computer crashed. She was devastated over the loss of the iTunes library she’d spent years meticulously crafting, creating playlist after playlist with combinations of songs that fit like a puzzle only she could see: They crossed genres and decades, from Rihanna’s most recent release to obscure covers, and they existed for everything, birthdays and moving days, Christmas and family dinners. Everything was soundtracked at the hands of my mother.

“Oh,” she said wide-eyed, as we showed her Spotify. “I’m never going to be able to learn how to work this.” My mom, usually enthusiastic, sounded out of her depth. The statement wasn’t surprising — she’s said the same thing about Instagram, Venmo, and Uber, and has mastered them all — but it was the first time I realized her iTunes wasn’t about music. It was about my mother, the person. Being thrust out of her CD-burning routine wasn’t a technology upgrade; it was the loss of her most enduring hobby. It dawned on me that underneath the lyrics and beat, the songs she loved told the story of someone’s life.

I have a million stories about my mother: The time she sat behind Prince at a Batman movie premiere (a story she’s recounted so many times we tease her mercilessly about it); the day she ripped all the carpet out of the downstairs by hand and got it stuck in the doorway; the ballet performance where she coated my arms in Vaseline to make a too-small costume fit; a moment I knew I’d remember forever even without the photo that sits on my desk.

But nothing has taught me who my mother is better than the songs she loves.

She is the daughter of a single mother, raised on a diet of resilience and good music: At age 3, she knew it was the biggest deal in their world that her mother got to see Elvis, and stood in the living room watching my grandmother and aunts sob when Elvis died. My grandmother would pick her up from an after-school program, and the two of them would dance around the kitchen while they prepared dinner, savoring their Friday night ritual of one chilled bottle of Coke and a personal pizza while jamming to the likes of The Eagles and Linda Ronstadt and Fleetwood Mac. The singing and dancing and constant family gatherings around a piano made her see the world in music.

There are dozens of ways to know one’s parent.

She is a former high-school-hating dancer, a talented ballerina-to-be at age 16. The soundtrack to her years of tutus and letterman jackets meandered from the Tchaikovsky that scored hours at the ballet barre to The Cure and Violent Femmes that played on her cassette deck. It is the soundtrack to her entering the famed school pageant. “You’d never enter because there’s no way you could win,” crowed the popular girls at her.

Never one to back down from a dare, my mother entered and won, and, afterward, that same group of girls blindfolded her under the guise of celebration, took her out to the middle of a field, and poured motor oil in her hair.

It became all about girl power as she spent months dumping cornstarch on her scalp to absorb the oil: “If She Knew What She Wants,” “Hazy Shade of Winter,” and “Eternal Flame” by The Bangles. “Hot all-girl band,” she told me, nodding affirmatively. “So powerful!”

She is a risk-taker: When she quit ballet at 19, she packed her bags and moved with a crowd of artists and friends to Los Angeles, against her parents’ wishes. “This was my first dose of freedom, and it was the best feeling in the world,” she said, talking about how her music became more meaningful, a side effect of spending time with people who ate up days in the California sun by strumming guitars. She nabbed an internship at a talent agency, sobbing on the sidewalk when tasked with delivering headshots and resumes, sans maps or any knowledge beyond the Kentucky backroads on which she had grown up. U2 and Genesis became her mainstays, and she still quotes “Throwing It All Away”: “Who’ll light up the darkness/who will understand/ who will find you the answers/ when you don’t understand.”

She is a business owner who spent less than a year at her office job before opening her ballet studio. She is a mother of four kids she raised to stay curious and experiment often, even when it wound up with a street hockey court in her driveway or a spray-painted outline of a soccer field in her backyard. She is someone who adores Tom Petty and the Heartbreakers and REM alongside Florence and the Machine’s cover of “Tiny Dancer” and The Beastie Boys.

She has dared to start over in her life, again and again, opening a new business as my siblings and I grew up and moved away, and mastering Spotify with playlisting prowess that would make DJs fume with envy. She wears wireless headphones in the grocery store, and texted me within five minutes of The Weeknd dropping his latest album.

There are dozens of ways to know one’s parent, and to know them beyond their role as guardian. I’ve seen photos and heard stories; I talk to my mother every day; I yearn for her fierceness and fearlessness though I mostly inherited the dark hair and love of movies.

But none make me feel closer to her than when I press play.