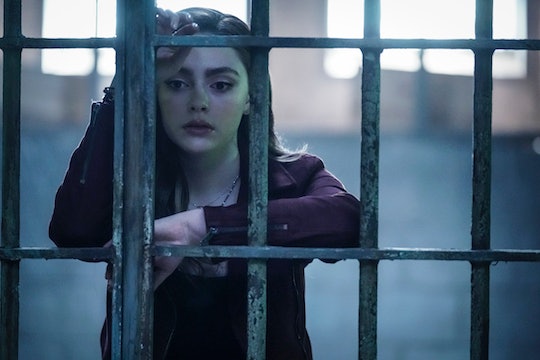 For months, Legacies fans have been captivated by the mystery of Malivore and the secret of the Merge. But now that Malivore’s identity has been revealed, and Lizzie and Josie know the truth about the Merge, the supernatural stakes on the show are getting higher. With Season 1 winding down, you might need something to hold you over until next year. So here are some amazing Legacies Season 2 theories that may just help.

Malivore has been sending mythical monsters to the Salvatore School all season long, and fans finally know why. Triad’s shady agent, Ryan Clarke, told Landon that Malivore is their father (they’re like half-brothers) and that he was created by a triad of witches, werewolves, and vampires to wipe other monsters off the face of the Earth. He also tells Landon that Triad is the real bad guy, and that they need to save Malivore from the corrupt company’s grip. So was Malivore a good guy all along?

Alaric finally told Lizzie and Josie the truth about the Merge — a Gemini Coven curse that will force the twins to consume each other’s power when they turn 22. This revelation could easily pit the sisters against each other through sheer paranoia, which is why their relationship will be on thin ice until Alaric and Caroline find a loophole. Maybe in Season 2?

Plus, there’s a question of Hope and Landon’s relationship. Now that he knows his dad is Malivore, will it change his mind about other supernaturals like Hope? Will Hope’s love for Landon change if he decides to take his father’s side?

I know waiting for Season 2 to get all these answers will be hard, but with these fan theories, you’ll have something to mull over while you wait.