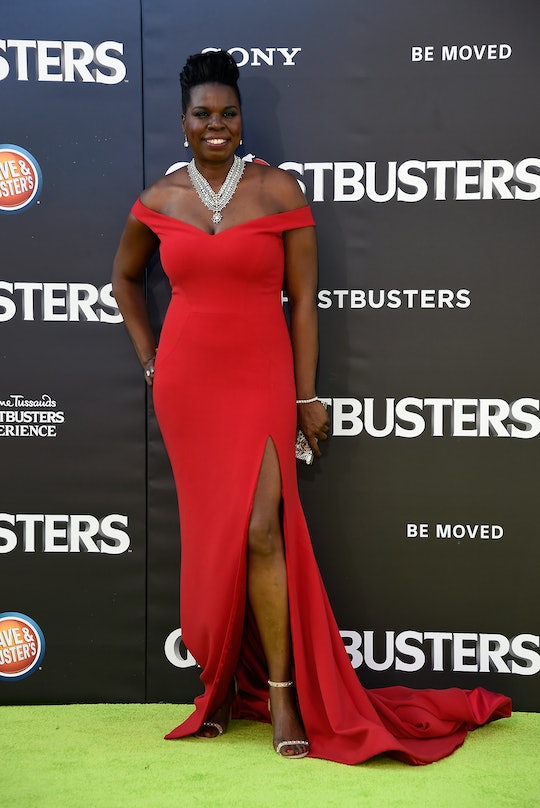 Leslie Jones Calls Out Social Media Trolls At The 2016 Emmys, & It Was Perfect

This year has been filled with ups and downs for actress Leslie Jones. Although she had a starring role in the Ghostbusters remake she also received tons of backlash and hate from social media trolls. From just being outright mean and hateful on Twitter to someone hacking into her website and posting her nude photos and private information, Jones has been hit with a lot. Not willing to take the hate sitting down, Jones called out the social media trolls at the 2016 Emmys and it was absolutely perfect.

When the accountants of Ernst & Young got on stage and discussed how for the past 28 years they've been tasked with tallying and safeguarding the Emmys results, Jones was not impressed.

"Let's be real. Y'all are protecting something that nobody's trying to steal. Don't nobody want to know about boring Emmy secrets," Jones said. "But since you're good at keeping things safe I've got a job for you. My Twitter account. Put that in the fault please."

Jones then added, "Y'all over here using your skills to protect Best Voice Over in a French Sitcom. Meanwhile I'm butt naked on CNN. I just wanted to feel beautiful y'all! Can a sister feel beautiful?"

Although Jones was making light of the situation, she was addressing a very real problem. Many celebrities, particularly women, have been hacked and had their private nude photos spread all over the Internet but the way in which Jones has been targeted is absolutely atrocious. For a while it seemed like almost every week Jones was being attacked somehow on Twitter, culminating in the leak of her nude photos. Revealing these private images online was deeply offensive to Jones and totally uncalled for. What's worse is the trolls haven't stopped and continue to attack Jones' looks, acting capabilities, and anything else they can think of.

Thankfully Jones also has a lot of people in her corner and she continues to hold her head high despite the haters that keep trying to bring her down. No matter Jones has earned her fame and all the success she's currently seeing and no amount of social media trolls can take that away from her. By taking the Emmys stage tonight, Jones made it clear that no matter what people say or try to do to her they will never bring her down.