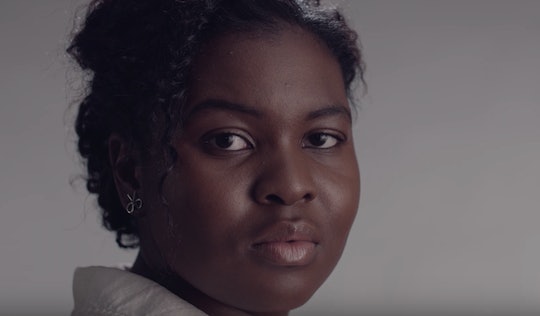 Why The #LetHerLearn Campaign Is So Important

It's a problem not all parents may have known about — but it's one that urgently needs to be solved. A new video from the National Women's Law Center highlights the racist problems that many young black girls face in school: Girls of color are suspended from school five times more often than white girls are, and they're more likely to be repeatedly suspended than any other race or gender. But the NWLC's Let Her Learn campaign wants to end the policing of black girls in schools and work against school "pushout" that often harms black girls' education.

"The last few years have brought us too many stories of girls of color, and particularly Black girls, pushed out of school by discriminatory discipline practices," Alexandra Brodsky, a fellow at the NWLC, wrote in a Let Her Learn blog post in December. She continued with a list of alleged discriminatory instances that would make any parent's skin crawl:

One Florida school banned girls from wearing African head wraps. A Black girl in Georgia accused of writing graffiti was suspended and spent months on probation after her school referred her to law enforcement; her white peer who broke the same rule got off the hook because her parents could pay restitution. ... In South Carolina, a Black 16-year-old was thrown to the ground by a school police officer for using her phone in class. A police officer stationed in a San Antonio public school body slammed a 12-year-old Latina girl.

But the Let Her Learn campaign wants to see an end to stories like those. There's a toolkit available to help schools realize if they have policies in place that harm their black, female students, with questions such as, "Are [dress and hair codes] sex-specific? If so, are there more rules for girls than for boys?" and "Does the policy punish students for vague 'attitude' violations?"

The toolkit also includes suggestions — either for schools to take into account themselves, or for parents to suggest. Schools should be making their discipline policies and data available to the public for more transparency and accountability, and educators can consider banning suspensions in early grades in order to avoid young girls' "pushout." Schools should also focus on alternatives to punishment and invest in hiring counselors, rather than school police officers.

"Black girls are particularly vulnerable to these practices because they face both race and gender stereotypes in the classroom," Nia Evans, an NWLC engagement associate, wrote in a January post. "They are more likely to labeled as angry and aggressive, and these stereotypes, coupled with loosely defined discipline policies, make it easy for schools to criminalize Black girls and push them out. ... When schools don’t address how stereotypes and bias may influence and impact their policies, Black girls pay the price."

Missing school can harm girls' futures and lead to increased behavioral problems, and school shouldn't feel like a hostile environment for anyone. Concerned parents should make sure to share the Let Her Learn toolkit widely and keep an eye out for school policies that might punish girls of color. Because getting through school can be hard enough without also working against discrimination or biases, and every girl deserves a full education.