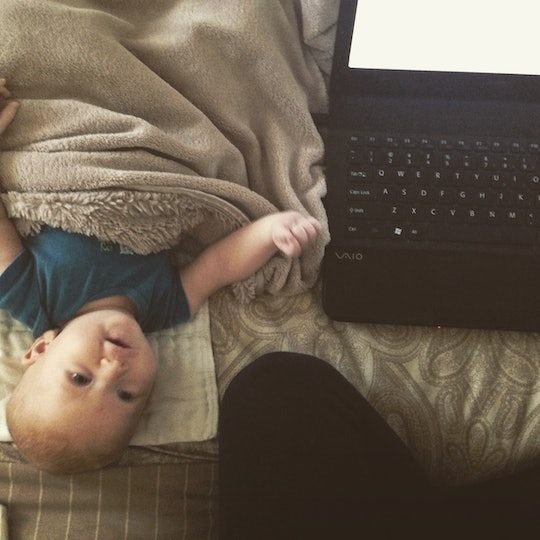 How could it not be important? Raising the next generation is a task that carries enormous weight. It shouldn’t be taken lightly, and it certainly shouldn’t be a job that prompts us to derisively ask women: “So what do you actually do all day?”

When Ivanka Trump said being a mother is a woman’s most important job, many people got upset, interpreting her statement as a dismissal of the concerns of working mothers. But I could understand how that sentiment might ring true for some. While motherhood isn’t the most important job to every woman (sometimes it never even enters the picture, and that’s awesome too!), for some it is. We all need to accept that for these women, the decision to stay at home and raise your kids is a perfectly legitimate one.

To be honest, it’s ridiculous that it is at all controversial to state that being a stay-at-home mom is a real job (as it was last year, when writer Liz Pardue-Schultz penned a piece for xoJane saying the opposite, prompting a number of self-defensive think pieces from SAHMs). I have worked plenty of jobs, and none can even be compared to the job of being a stay-at-home mother. It is constant. It is tiring. It keeps you on your toes.

Truthfully, there is no job that comes close to the workload of motherhood, and it's frustrating to have to defend its validity to those who can’t possibly understand.

In previous jobs, if there was a lull I could rest and catch my breath, or maybe even engage in some adult conversation. When you're staying at home with your kids, if there is a lull something has gone terribly wrong. Lulls and silence means that someone, somewhere is doing something very bad, like unraveling an entire roll of toilet paper and shoving bath toys into the toilet. A lull means you’ve got more work on your hands, not less.

Truthfully, there is no job that comes close to the workload of motherhood, and it's frustrating to have to defend its validity to those who can’t possibly understand. It’s hard to grasp what it’s like to parent 24/7 unless you’ve actually done it. It’s parenting on steroids, and there’s not a damn thing like it.

Not only is being an SAHM physically and emotionally demanding, but it also requires you to have a wide range of skills. Caring for children is only part of the equation. I prepare meals and drive everyone around and do errands and balance the budget and keep copious mental notes ranging from to-do lists to where my kid put down his favorite toy five hours ago. This job takes absolutely everything I have. There is not a day when I don’t drop into bed completely exhausted and drained in every conceivable way.

That’s not to say it’s a bad gig. Even though there are days when I wish I had some paid vacation or a chance to clock out, there isn’t another job I’d rather have. It’s a privilege to be a stay-at-home mom, but it’s still a job and a tough one at that. And I shouldn’t have to defend that to anyone. It should be obvious.