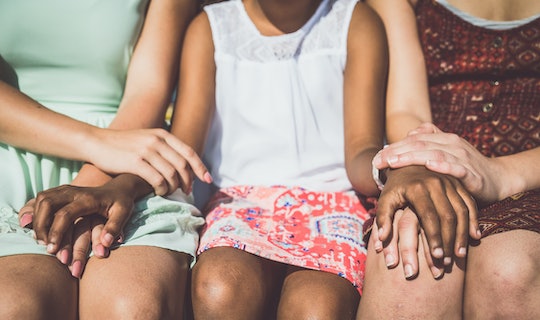 Critics have claimed that a rule recently proposed by the Trump administration could see LGBTQ families denied adoption services. Released Friday by the Department of Health and Human Services (HHS), the proposed rule would reportedly enable adoption and foster care agencies to cite religious beliefs as reason for discriminating against or denying services to LGBTQ couples while still receiving federal grant money. If finalized, the rule would remove regulations protecting against discrimination based on sexual orientation and gender identity that were set in place by the Obama administration in January 2017.

Under the proposed rule, programs and organizations that receive federal grants for their participation in HHS programs and services would instead only have to comply with anti-discrimination laws set forth by Congress. These laws do not include explicit protections against discrimination based on sexual orientation and gender identity, according to CNN.

While critics have argued the proposed rule opens the door for discrimination against LGBTQ couples, HHS has argued it's merely part of President Donald Trump's commitment to protecting religious freedom. "The proposed rule represents the Trump Administration's strong commitment to the rule of law ― the Constitution, federal statutes, and Supreme Court decisions," the department said in a press release Friday. "These require that the federal government not infringe on religious freedom in its operation of HHS grant programs and address the impact of regulatory actions on small entities."

The White House has also refuted claims that the proposed rule is intended to keep LGBTQ couples from forming families through adoption or foster care. White House Deputy Press Secretary Judd Deere told CNN "The president is not preventing LGBT people from adopting," asserting that "LGBT people can still adopt and that will not change."

Faith-based organizations like the Family Research Council, which argues that homosexuality is "harmful" and "unnatural," have, however, applauded the Trump administration's new proposed rule. "This is tremendous news for children, birth moms, and adoptive families, who want the opportunity to work with an agency that shares their values and core beliefs — without fear of government discrimination," Family Research Council President Tony Perkins said in a statement.

Critics of the proposed rule, however, have maintained their assertions that the Trump administration's proposed rule would ultimately hurt children currently waiting for adoption in the United States. "This action harms America's foster children, particularly the 123,000 waiting for adoption," Denise Brogan-Kator, the chief policy officer for Family Equality, a nonprofit advocacy group for LGBTQ families and couples looking to form families, said in a statement.

What's more, Brogan-Kator claimed the Trump administration's proposed rule would "make even fewer families available" to the hundreds of thousands of kids hoping to be adopted. "Changing federal nondiscrimination rules to allow child-placing agencies to reduce the pool of qualified potential foster and adoptive parents runs counter to the cardinal rule of child welfare: that the best interests of children in care must come first," they said.

Some critics have even vowed to fight the Trump administration's efforts to finalize the rule. In a tweet posted Sunday, New York Gov. Andrew Cuomo called the proposed rule "heartless and dumb" and "repugnant to our values," and vowed to take legal action to stop it.

Organizations and concerned citizens will be able to comment on the administration's proposed rule during a 30-day public comment period set to commence as soon as it is officially published in the Federal Register. The Trump administration will review all comments submitted before issuing its final rule.