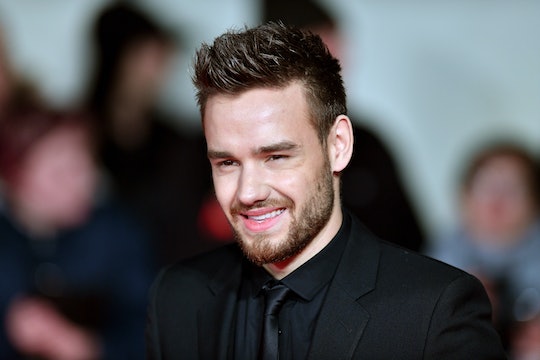 After keeping their first pregnancy under wraps for nearly nine whole months, Liam Payne and Cheryl Cole welcomed a baby boy. The proud papa could hardly contain his excitement and announced the happy news with a heartfelt message posted on Instagram on Saturday afternoon. "My close friends and family know there are very few times when I'm left speechless... wow! I'm incredibly happy to welcome our new baby boy into the world, it's a moment that I will never forget for the rest of my life and my favourite memory I have so far," the former One Direction singer-songwriter wrote.

The caption continued, "I'm completely in awe of his incredible mother and how she has been the whole way through this, she's really made my dreams come true." Payne also wrote that they haven't chosen a name for the baby boy just yet and concluded his post by wishing everyone an happy Mother's Day.

This is the first child for the new parents, who reportedly got together last year and moved in with each other after five months of dating. According to E! News, the couple never officially confirmed that they were expecting and Payne had ignored all questions about Cole's rumored pregnancy. The pair only confirmed the exciting news in late February when her baby bump was too hard to disguise for much longer.

The 32-year-old songstress and former X Factor judge officially announced her pregnancy in a photo shoot of her cradling her pregnant belly on Feb. 23, when she was presumably about eight months pregnant.

The first-time parents are known for being incredibly private about their relationship and are rarely seen in public together, but this baby news was clearly too exciting to keep mum about. The new mom also took to Instagram on Saturday with some details about their newborn:

On Wednesday 22nd March Liam and I became parents to an incredibly beautiful, healthy baby boy, weighing 7lb 9 and looking like a dream. Although he still doesn't have a name he is already stealing hearts. We are all madly in love and overwhelmingly happy with our little arrival. Happy Mother's Day to all the mothers around the world. A day that now has a different meaning to me forever 💙

Payne and Cole managed to keep fans on their toes for months, even when her growing baby bump was very noticeable. But when the news is as cute and big as this, it's understandably hard to keep quiet.