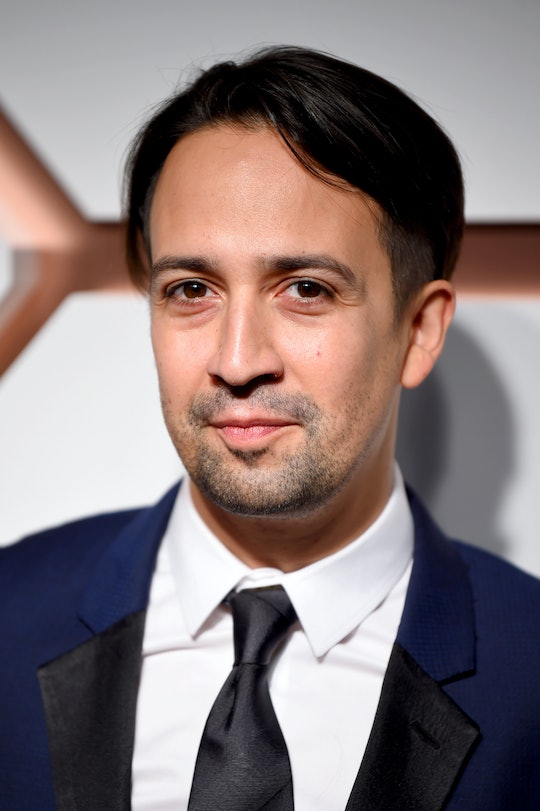 Is there anything Lin-Mauel Miranda can't do? He sings, writes, dances, acts, and all the while remains an all around pretty awesome guy. But his most important roles are as husband to wife Vanessa and dad to two kids. While he might seem to be super human, he's really just a normal dad, dealing with the ups and downs that life has to offer. So when he experienced a rough and scary patch with his children, he shared it with his fans. And Lin-Manuel Miranda's tweets about his kids getting sick are totally appreciated by parents who've been there before.

It's been a rough couple of weeks for the Hamilton creator and his wife. His 1-year-old son, Francisco, was sick and hospitalized two weeks ago, and his 4-year-old, Sebastian, had a virus last week, according to Page Six.

Miranda took to Twitter on Tuesday to explain his recent absence from social media. He said:

"Real Talk: Been on & off Twitter the past couple of weeks because the kids have been sick. The round boy hospitalized in PR 2 weeks ago, we all flew over, then Seb with a virus last week, everything’s been upside down. Everyone is okay. We are just emerging from the woods now."

Thank goodness everyone seems to be on the mend now. He went on to let fans know that even though his post are mostly light-hearted, he deals with the same issues as every other parent.

"I share this because I always share the cute kid sh**, but it’s important to know that we also go through long nights sleeping in hospitals worried out of our minds, we clean puke & bloody noses & we hold em for medicine they don’t like and it’s hard. This sh*t is hard sometimes."

Fans were thankful for his honesty, because parenting is all about the good, the bad, and the ugly.

One fan commented about her own sick child child saying, "had a health scare with z and just now recovering. know that fear & stress. glad all is well."

Another who knows what it's like to feel like things are out of control wrote, "You never feel more helpless than you do when your kids are really sick. It's a terrible feeling. Here's to less of that and more of the cute sh...stuff."

But most of all, fans just wanted him to know how much he is loved. "sometimes things go upside down," another commented. "it’s important to keep your head on straight. which you do an amazing job at. stepping away from the twitter to focus on your family is telling of that. im sorry the past two weeks or so have been rough, glad all are safe & your okay. "

Unfortunately, Miranda is no stranger to visiting people in the hospital this year. His mom took her own trip to the ER in January for an emergency appendectomy, according to Page Six. She, too, is on the mend and recovering.

It's been a busy year for Miranda. He reprised his role as Alexander Hamilton in a special two-week run of the award-winning musical in Puerto Rico, according to USA Today. All proceeds went to help groups struggling after Hurricane Maria devastated the region last year, according to CBS News.

He also starred in Disney's award-winning sequel to Mary Poppins, Mary Poppins Returns as a cheerful, singing lamp lighter. In fact, it won him a Golden Globe nomination for his performance, according to the Los Angeles Times.

And he's still going strong with his Disney connection, writing and composing songs for the upcoming live action version of The Little Mermaid, according to Variety.

It seems as though there's never a dull moment for Miranda. But nothing keeps him on his toes more than his children and wife. He's always ready for whatever life throws at him, because his family is always his top priority. And if you don't believe it, just hop on Twitter. He gushes about them constantly, as any proud dad would.