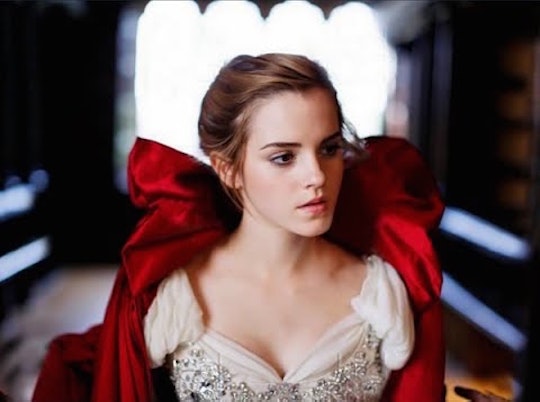 "Well there it is, straight from the shelves at Toys "R" Us," c0-producer of live-action, Beauty and The Beast, wrote on an Instagram post of Emma Watson's Belle doll singing. He later reposted Watson's doll rendition of "Something There" himself. The sound quality isn't the best in the video, but you can definitely tell that it's Watson performing the Disney classic, as confirmed by the producer's enthused caption. And, for what it is worth, she sounds pretty amazing!

Based on the Instagram comments, it appears that the toy store chain might have made an error in releasing the Hasbro doll a bit early, which is lucky for fans of Emma Watson, and the well-read princess, Belle. The audio clip is the first reveal of what's to come musically from Bill Condon's Beauty and The Beast (2017). Screen Rant notes that the film will be "the first live-action adaptation that Disney has done that is also a full-blown musical like its animated predecessor." And, since there is so much singing going on in the 1991 version, it's pretty shocking that this is the first listen we've received of the actress' charming voice—and only three months before the film's release.

Hear the first leaked video's lyrics: "True that he's no Prince Charming / But there's something in him that I simply didn't see" below.

Another Instagram user posted an extended version of the aforementioned song below!

Almost a year ago, Watson gushed to Vanity Fair that singing for the Disney role was "terrifying."

“I’ve never had to do that for a film role before, and I think people will be interested to see me do something very different like that. . . . It gives me a different challenge, really...”

Watch Dan Stevens take on the role of the Beast, Ewan McGregor as Lumiere, Ian McKellen as Cogsworth, Luke Evans as Gaston, Josh Gad as Le Fou and Emma Thompson as Mrs. Potts on March 17, 2017.