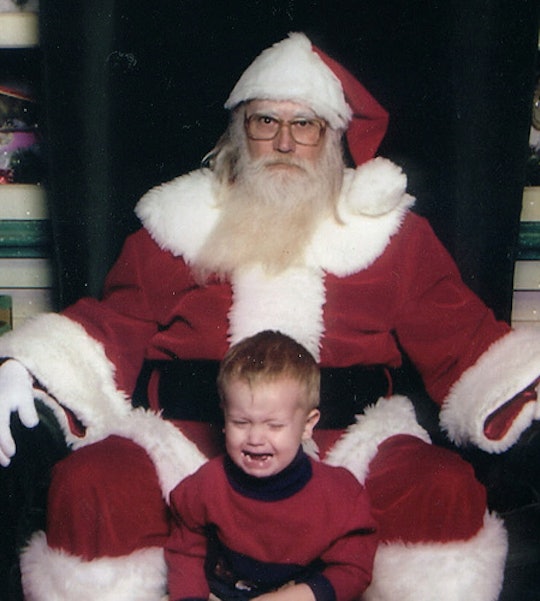 For countless children around the world, the magic of the holiday season is rooted in their fervent belief of Santa Claus. They wait in line to see Santa so they can sit on his lap and recite their Christmas wish list. They're on their best behavior (or at least try to be) so they don't end up on the dreaded naughty list. They're even wary of Santa's helper, the Elf on the Shelf. So it's somewhat understandable that when one little girl learned that Santa isn't real, she let her parents have it.

Nicki Adams found out the hard way and in the form of a letter that her 10-year-old daughter, Belle, slid under her bedroom door after being told the truth about Santa Claus. Nicki posted a picture of the scathing letter on Facebook, noting that Belle might "never speak to us again." She captioned the photo:

The time has finally come. Belle asked point blank about Santa and she's been asking every day. So we were truthful and she may never speak to us again......especially when we lost our ever loving shit at the pictures on the right that she slid under the door to us.....#dontlaugh

In her heartbreaking note, Belle tells her parents that she "can't believe you anymore," and it just gets more emotional from there:

You have no idea what you just did. I really tried to belive. Everyone told me its your parents. I can't belive you anymore. is the easter bunny real, how bout the tooth fairy huh? you just ruiend a 10 year old's childs LIFE thanks.

As Adams noted, the end is especially spectacular, featuring three "#middle finger emoji." Harsh, but can you blame her?

It might not offer much solace to poor, disappointed Belle, but she isn't the only child to experience heartbreak during the holiday season. Here are a few other children who have been in Belle's shoes, and didn't react to kindly to hearing the truth about their favorite overweight man in red: